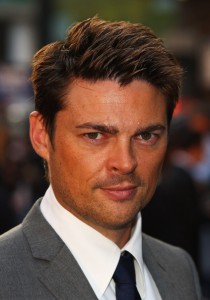 Kiwi actor Karl Urban has been cast as Judge Dredd in the upcoming filmby producers Andrew Macdonald and Allon Reich, who are supervising the adaptation of the comic book. The film is not a remake of the Slyvester Stallone film of the same name, but instead is based off of the original property.

“The main thing about Dredd is that it’s a fantastic comic that was completely messed up 20 years ago,” said producer Andrew Macdonald in an interview with Empire Online. “Our idea is to make a very hard, R-rated, gritty, realistic movie of Dredd in Megacity, so we’ve got to get the tone right. He’s not going to take off his helmet. His bike is going to feel real. He’s going to hit people and it’s going to feel real.”

“There’s been a change in comic-book movies; they were treated unseriously and now they’re treated seriously. We’ve cast a guy called Karl Urban to play Dredd. We’ll be shooting in Johannesburg, it’s being directed by Pete Travis, we’re shooting with the people who did District 9 – and if we get it right, Alex has a couple of ideas for other stories as well. It’s not based on any one comic, and John Wagner is involved in every decision.”

I’m glad they are taking this property a bit more seriously, because the original film was kind of a joke.  The big complication I can see is that too many people will think it is a remake or a sequel of the Stallone film, and if that is the general thought, it could die quickly at the box office. Karl Urban’s growing big screen appeal should help out though.