Johnny Depp Looking To Become The Wonderful Wizard Of Oz? 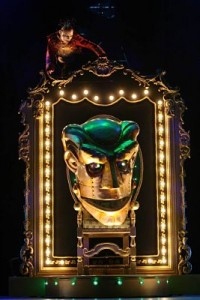 There are a lot of Oz themed projects in development right now.  But Sam Raimi’s Oz: Great and Powerful is probably the most high profiled.  It has three things going for it.  1.  Sam Raimi is directing.  2.  Disney is the studio behind it.  3.  Robert Downey Jr. is set to star in the lead role.  Robert Downey Jr. was set to star in the lead role.

What’s a film to do when it’s high profile lead actor decides he is too busy and doesn’t have the time to star in yet another big film?  How will Disney ever be able to find an actor who is as talented, versatile, and less busy?  Well, two out of three ain’t bad because less busy Johnny Depp is not.  But Disney loves the guy so they will find time for him.

Johnny Depp is currently in talks to star in the film that tells us how Oz came to be in the Emerald City.  I honestly do not understand how Depp will be able to do this.  He has a number of films that he is either in talks to star in or already cast including The Lone Ranger, another Pirates sequel, Triple Frontier, and Dark Shadows.  And Disney is behind two of those four.

There is only one explanation I can give for this madness.  Disney is the devil and Depp sold his soul to him…I am completely kidding.  I love Disney…But seriously.

Should Depp add another film to his schedule?  Which of his films do you want to see him in next?