I have a friend who is going to be real upset over this. He championed John Edwards for the last two presidential races until the allegations of infidelity came out, and exposed John Edwards as another gutless politician. Well, now further down the road it appears that Edwards did more heartless things than cheating on a sick wife. 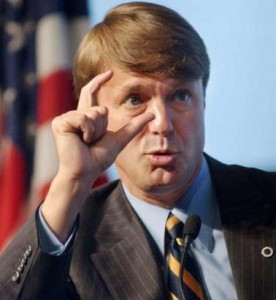 A new book by a former aide has allegations that Edwards made him steal evidence from a dirty diaper to help fake a paternity test. Edwards has now come clean about his lovechild with his mistress, Rielle Hunter who was a videographer on his campaign.  Edwards announced today that he did father the child, Frances Quinn Hunter, during his 2007 presidential campaign run.

The aide who is releasing the book also claims that Edwards asked him to claim paternity of the child, and told the aid, Andrew Young, he would be taken care of for life if he claimed to have fathered the child with Hunter. Young is releasing a tell all book about his behind the scenes play in Edwards campaign.

Well, there is another hit to politicians. Does this make you distrust politicians more? Do you think John Edwards is not representative of most politicians?