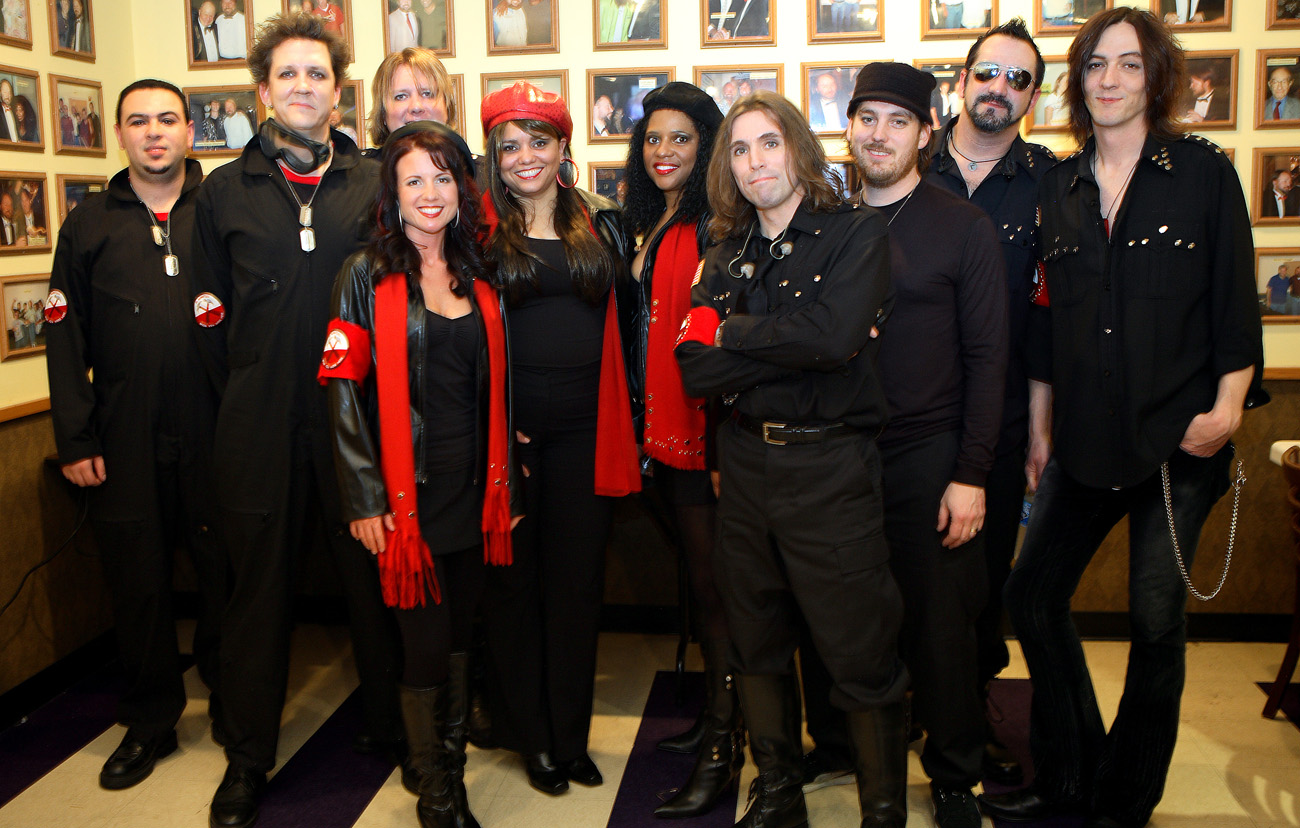 Get ready Saint Louis! The beloved Pink Floyd tribute band, El Monstero, will be making their return to Hollywood Casino Amphitheater on August 11th, and will be joined by Here Come the Mummies.

Since 1999, El Monstero has been performing at The Pageant in Delmar Loop and Hollywood Casino Amphitheatre, delivering performances that take audiences back to the days of Pink Floyd. With mesmerizing light-work, intriguing props, and of course, wonderful musical talent, El Monstero never underperforms. Tickets for this show are scarce, which is all the more reassurance of this concert being a must-see.

The band has been a tribute to Pink Floyd for nearly twenty years, and each year the band allows fans to reminisce on the beauty of Pink Floyd’s musical genius, but with a bit of their own twist. Being fans since the start, El Monstero dedicates themselves to Pink Floyd for many reasons. According to bassist Kevin Gagnepain, “Pink Floyd was a way for us to do big rock concert ideas that we couldn’t afford to do in our other bands because everyone loves Pink Floyd. For pretty simple songs, they created big soundscapes and I always thought that was super cool, and that influences many of the projects we do on our own.”

El Monstero switches back and forth between The Pageant and Hollywood Casino Amphitheater, which calls for a huge difference in crowd energy and size.

“When we perform inside, we do a Broadway or Vegas-like show,” said Gagnepain. We have more lights, more energy. When we’re outside, it’s more like a rock festival vibe. It’s two different kinds of concerts, but the music works both ways and we handle the shows differently.”

While there is no preference on where they perform, Kevin and the band can agree their concerts at The Pageant are much more personal with fans. Though the Amphitheater can hold a larger sum of people, it’s harder for the band to connect with their admirers. El Monstero performs in Saint Louis usually twice a year; once in the summer at the Amphitheater, and another around Christmas at The Pageant. So, fans are given a chance to experience both the intimate elements El Monstero has to offer, as well as their crazy rock festival side.

Since El Monstero is a cover band, it can be a challenge to make things less repetitive each year.

“There are elements that will be the same,” explains Kevin, “but we try to present those in as different a way as possible when we’re doing them live, especially because we are doing the same thing every time.”

“But then, Pink Floyd’s catalogue is so deep that we always grab a few obscure songs, or do something in a slightly different way. We like to change up the show in that way, and we always keep adding to the production and try to change the production around. There’s lighting, there’s lasers, all kinds of fun stuff. Fans should expect the usual hit Pink Floyd songs, especially off the album “Animals,” but the overall production of the show–the stunts, the effects, etc.– will always have a bit of a twist to it each time you attend an El Monstero concert.”

Tickets for this show sell out in a flash, as a large majority of Saint Louis looks forward to El Monstero’s winter and summer shows. Kevin believes what draws people to their concerts the most is how true to Pink Floyd they are.

“It’s a combination of a lot of good musicians who care about what they’re doing and absolutely do their best to stay true to the music,” Kevin said. “And for people who really love Pink Floyd, that’s what’s important to them. But some people who come to our show come because they’re fans of the production we put on. We put on a production that is bigger than most shows that come to town.”

Head on out to Hollywood Casino Amphitheatre to experience the mesmerizing, adrenaline-pumping performance of the iconic and beloved El Monstero, and also hear from Here Come the Mummies. The Monsters and Mummies show is one you won’t want to miss. After all, what’s better than a bunch of monsters and mummies jamming to good music?

The show starts at Hollywood Casino Amphitheatre at 7:00 p.m. on August 11th. Tickets are available by visiting LiveNation.com.