Interview: Clark Vogeler of The Toadies 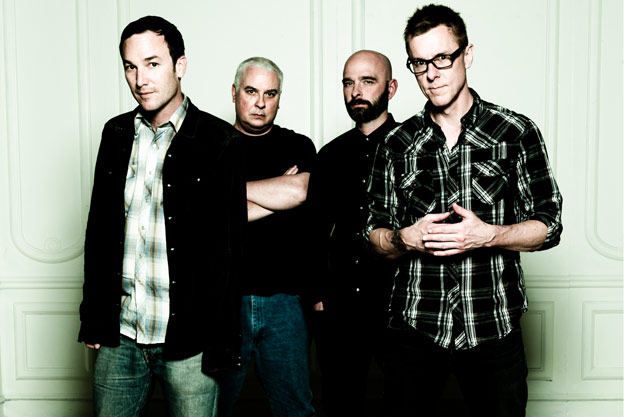 Since 1989, give or take a break or two, The Toadies have been rocking all over the world. The Fort Worth, Texas band burst onto the scene with their debut album Rubberneck, which included six singles. The band’s most popular song, “Possum Kingdom,” was one of those singles. Now preparing for the release of their seventh album, “The Lower Side of Uptown,” the band is currently on tour with Local H. The Toadies will play Delmar Hall on Saturday, September 9 at 7 p.m. ReviewStl’s Jeremy Housewright recently caught up with guitarist Clark Vogeler to discuss the band’s new album and more.

It seems like you guys get along well with Local H. Do you have a good relationship with them?

You know what, we had them play our festival a few years ago. I liked the band before that. I liked the music that I heard, but I had not seen them. I don’t know if you have seen them, but holy shit they can rock! There’s only two of them but they kick up a huge ruckus. So, when I saw them, I became a hardcore fan. Immediately after that, we started talking about trying to do a tour and that was years ago. Now, just this year we are able to line it up. We’re all really psyched to be able to see them play every night. It’s kind of a double-edge sword because that band rocks really hard. So, it’s up to us to stand up to that. So, it’s a bit of a challenge as well because they are so good.

September 8th the new album comes out. Can you tell me a little bit about the album and what went into making it?

We started this album when we were on tour in 2015. We started by trying to record any little guitar riff that we came up with. Several months later we went into the studio with maybe one or two songs that were mostly completed. Basically, the thing was built from the ground up in the studio on the day we recorded, which is kind of scary as a band, but we’re probably getting better at it. We’re getting better at letting that process happen organically and not second guessing ourselves. I think going into the studio without having an album written can be scary as a band. I think it just makes a better album. WIth a song, or anything, if you spend too much time on it, you will lose yourself in it. When I was a kid I thought people spent lots and lots of time making an album. To go into this naked in a way was scary in itself, but also rewarding. We came up with an album we can stand by. It’s a louder and heavier album than the last one. I think it’s a louder and heavier album than we were expected to make. It’s pretty much what came out of us when we were recording. We’re happy with it.

What type of show can the fans expect from The Toadies on Saturday night?

Well, we are big music fans and collectively, we like to see the songs we have. We understand that fans pay $40 and want to hear songs they know. I’ve been to shows where you pay to see it and the band plays all new songs that you don’t know. It can be frustrating. What we try to do when we play shows is give the people what they want to hear. We’ll play all the popular songs for sure because those are the ones that people know the most. But then we try to do a cross section of all the other songs as well. We basically try to give the audience what they came for. The fact that we have Local H on there, the bar has been raised as far as the rock level. I know there will be a lot of loud guitar at the St. Louis show. St. Louis has always been a really good crowd. They like rock n’ roll. So, we are always happy to come play there.

Do you have any fond memories of playing in St. Louis, or any place you like to visit?

You know, we’ve played The Pageant several times and that is a really cool venue. We like playing there. It’s a big room with great sound. I like going to the pizza place across the street, Pi. I’ll try to get a pizza from there and a pizza from Imo’s if I’m within the delivery area.

I read somewhere that the band was included in an X-Men comic. Is that true?

Yes. We were in two issues and on the cover of one of them. Years ago we got an invite from a fan who worked for Marvel to come down and check it out. We wound up talking to some artists. The artists were taken back at how much are rhythm section knew about the Marvel universe. One of the writers for several of the issues was a huge Toadies fan. They decided to do a flashback to the 90s X-Men series. In the issue, X-Men are running security at a Toadies show. It was something we never could have imagined and was super cool. To be on the cover was bizarre, random, and totally awesome.

With everything going on in Texas with the hurricane, has it affected the band?

I’m in California, myself, but the rest of the band is from Texas. Fortunately, they are in North Texas. I think we all have some extended family down south and everyone is doing alright. Some of our extended family are pitching in to help other people out. I think everyone is okay on our end, thank you for asking.

The band has been around for a number of years now. How has the music business changing, affected the band?

The music industry has changed about as much as it possibly could between when the band started in 1989 and 2017. It has gone through so many changes and it’s still evolving. We came from a time when your best plan was to get a video on MTV and to get a radio station to play your song. That’s changed. It’s totally different now. People has all kinds of ways of interacting with the band. Back in the 90s it was all about the album and the tour to support the album. But, bands hardly make any money off record sales now. So, now it’s shifted that the record is an advertisement for the tour. Those are the main differences that I’ve seen.

The Toadies will play with Local H on Saturday, September 9 at 7 p.m. at Delmar Hall. For more information go to Ticketmaster.com.