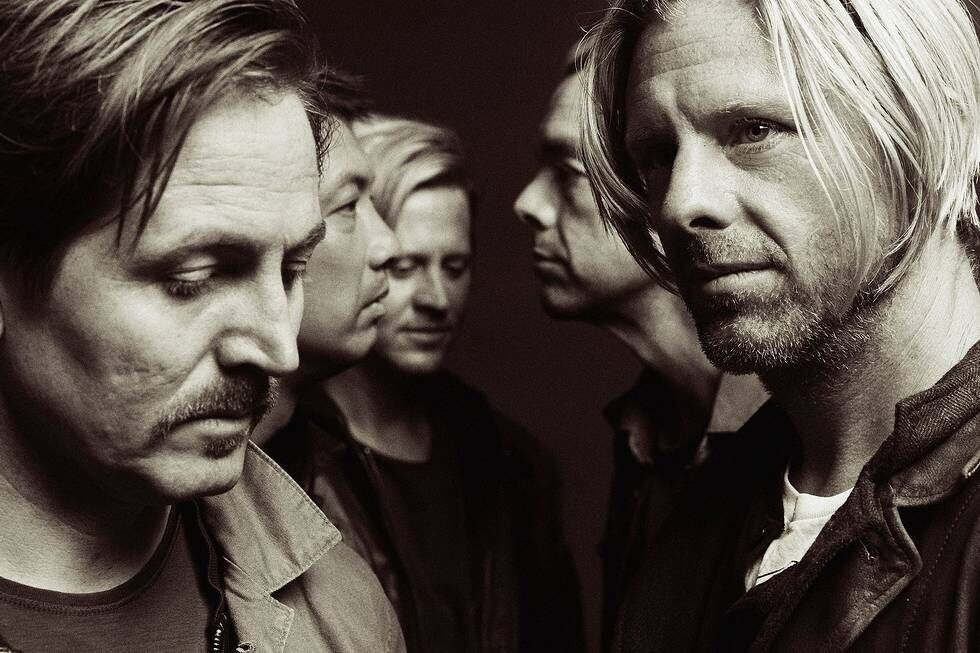 SWITCHFOOT, fresh off the release of their new studio album “Native Tongue,” will embark on a North American tour of the same name. Only days into their tour, drummer Chad Butler called in to answer a few questions for ReviewSTL on their music and tour, and what St. Louis can expect with their upcoming show in March.

Matthew Kistner: Thanks so much for calling in Chad. How you doing today?

Chad Butler: Doing great, thanks. Glad to be out on tour.

MK: Well, we are excited to have you on tour! So, what can St. Louis fans look forward too with your upcoming show in March?

CB: Well this tour is really special for us. It’s been a year and a half since we toured the states, it’s an exciting time for us to have the band back together, and to be playing songs off the new record “Native Tongue.”

MK: Right on! What was some of the inspiration behind the newest album “Native Tongue?”

CB: Well the concept is pretty strong. I think the idea, this concept in our society and our culture is that we hear so much hate and fear, and we’ve forgotten our native tongue which is love. And, personally, I feel like as a song and album, it’s a reminder to myself and to all of us. And to me, that’s a refreshing concept. When I turn on the news, I hear so much negativity. It’s a good thing to be reminded of.

MK: Well that’s a really powerful message, and it’s so awesome that it means so much to you. Can I ask, do you have any fond memories of performing here in St. Louis?

CB: Absolutely. We’ve been at the pageant many times and I think there are some musical memories still lingering there from shows we’ve played in the past. I remember the crowd singing so loud that we were completely able to stomp the song and let the crowd sing it. I look forward to that kind of energy in the audience.

MK: The Pageant is such a great venue for something like that. I love going to concerts there. It’s small, but it’s big as the same time, and there can be such a powerful performance within those four walls, it truly is a great performing space.

CB: I agree, it’s a great building. But also, I think the people, in the area, at the shows in St. Louis have been with us for a long time. We’ve played a lot of music in that town and the community there is really special.

MK: it’s so great hearing that.

MK: So the band’s music is known to be a collaboration of different rhythms, styles, and tempos; creating such a diverse type of music. Where does some of the inspiration come from for this diversity?

CB:  You know, I grew up listening to such a wide spectrum of music. In fact, we all did. We grew up listening to The Beatles to Led Zeppelin, from Police to Stevie Wonder and Motown. My parents were always playing those records around the house. It’s sort of in my DNA.

MK: Our parent’s taste definitely rubs off on us, I think. So aside from music, the band is known for their philanthropic involvement with their community, how is that going?

CB: You know, we are always grateful for what we’ve been given. Music kept us out of trouble growing up. Looking for ways to give back to the next generation is something we’ve always been trying to turn up and give back and be involved. We have an organization in San Diego, our hometown, the SWITCHFOOT Bro-Am Foundation. We have in event in June ever year. It’s a big festival on the beach and we have a surf contest. We have bands play, professional surfers, and it helps raise money for local charities in the area and helping kids in needs. You can check it out Bro-Am.org.

MK: That sounds like such a fun time. I’d love to experience that.

CB: Come on down. Come to San Diego.

MK: Ha, I would love to. Trust me, the weather is probably much nicer there than it is here I can tell you that much.

CB: It probably is!

MK: So, do you think there was an importance to the hiatus taken in 2017 to reflect before returning back to make music?

CB: Yeah, absolutely. We’ve been making music and touring together for over 20 years, and for each of us, to have a year and not be on the road is really important. We got to spend time with our families and ask ourselves important questions: you know, why do I do what I do? I think it was healthy, and then coming back together out of the love of making music and the joy in finding songs – I think that is a real natural, organic connection that we have, being able to make music together with your best friends.

MK: It sounds like you guys have such an amazing connection. It’s also great to be able to make music and do what you love but also take that time you need to spend with your family and step away from your work at times, I think that is really important. A lot of people don’t take the time to do that and I can imagine it can carry a toll, so it’s a blessing that you were all able to do so.

MK: So, what was it like to have “Native Tongue” debut withsuch success? I mean, it came out on top-sellers lists and topped charts. What was that like for you guys?

CB: It’s an incredible honor, to have people listen and connect with the music, to really take the time to experience it. And yeah, it’s a really meaningful record to us. I hope it connects with people and brings them hope.

MK: That’s really powerful. Would you say that anything has drastically changed or remained the same having been making music for quite some time?

CB: You know, I think the rules have changed in so many ways. As an artist, you’re allowed to really venture all over the place with songs, as well as stylistically explore new territory. And with that, I think this is our most diverse record to date.

MK: Fresh off the release off the new album and embarking on a new tour, is there anything your excited about in the upcoming near future?

CB: It’s amazing to look out at the crowd of the venues we’ve been performing at over the past week and to see familiar faces, faces that habe been singing along with us for many, many years. It’s just a reminder to me of what an amazing community we have. SWITCHFOOT has always been bigger than the band itself, it’s the connection we have with the audience, and I’m really grateful for that.

MK: Is there one thing from fans to take away from this tour? If so, what would you like it to be?

CB: I think the world can be a very overwhelming and dark place at times. I think this record, these songs, are a reminder of the fact that hatred and fear are not our native tongue, love is.

MK: I love that message, it’s so incredible and inspiring. I’m glad that it’s the pushing point for your tour. I definitely thinkthat audience members are going to react phenomenally to it. It’s an amazing record, and it’s going to be to an amazing tour. I know I’m excited see the show here in a few weeks and amdefinitely looking forward to it. Chad, I think that is all the questions I have for you to day.

CB: Thanks so much for your time. Can’t wait to see you at the show!

SWITCHFOOT will be stopping by St. Louis as part of their Native Tongue tour at The Pageant on Tuesday, March 5th, so get your tickets now. Their new album “Native Tongue” was released on January 18th and is available for purchase today. Also, if you want, you can learn more about their Bro-Am surf contest at http://www.broam.org/. I’m