The last regular season baseball game I went to last summer was the August 22 game against the Dodgers. You may remember it well. The Cardinals had a 1-0 lead going into the ninth and manage to lose 2-1 en route to being swept by the team.

As I stood on the Metrolink platform with my group of friends, some rowdy toolshed was going off on the Cardinals about how much better the Dodgers were than the Cardinals. In anger, I let loose the most insulting statement I could muster at the time. 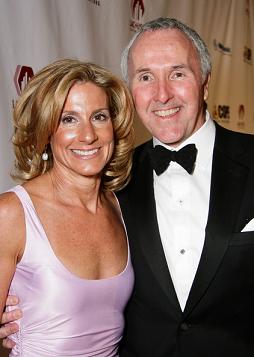 “Why don’t you come back and talk to us when your owner starts paying your players?”

Weak, I know. Or so I thought. I was obviously referring to the financial problems the Dodgers’ owner, Frank McCourt, was facing. Strapped for cash, he ran out of money so quickly that MLB had to intervene and take over the financial operations. I didn’t think anyone would really get it, but literally everyone around the platform cheered me. The Dodgers fan, flustered, threatened me and wanted me to cross the platform to…discuss…the incident, but he was quickly subdued by his friend, who wasn’t keen on the idea of getting into fisticuffs surrounded by Cardinals fans.

As has been splashed all over the news the last couple of days, the Los Angeles Dodgers have been purchased by a group headed by Lakers legend Magic Johnson for an estimated $2.15 billion (with a B). This amount is by far the largest amount ever paid for a North American sports franchise, eclipsing the $1.1 billion mark set by the Dolphins. For the record, Forbes estimated the value of the Dodgers and their property at $1.4 billion, behind the mighty New York Yankees, who are only valued at $1.8 billion.

The Cardinals, in case you were wondering, are ranked 11th in terms of values at $591 million.

Dodgers fans are pretty ecstatic about it, and quite frankly I am too. I’m a Cardinals fan through and through, but the Dodgers are one of the most storied franchises in the game of baseball. Including the title they won while still in Brooklyn, the Dodgers have won six World Series and boast an incredible tradition. They truly are among the blue bloods of baseball, and with Cy Young winner Clayton Kershaw and Matt Kemp (who should have won MVP last year, in my opinion), their future is a pretty exciting one.

The past few years, however, have been pretty much a financial bomb for the team. Thanks to McCourt and his wife’s financial maneuvering, they left a financial mess that has sullied a proud franchise.

Now…this whole affair is far more intricate than I could possibly detail without a few of you dozing off. If you want to read some much more expertly detailed summaries and analyses, feel free to click here and here, and maybe even here. What I’m going to do is point out a few of the highlights (lowlights?) of what happened and how exactly Frank and Jamie managed to wrangle millions by being the worst possible businesspeople ever. If you want a comprehensive list of all their financial failboats, click on the links above. This is just some of the good stuff.

1. Frank and Jamie purchased the Dodgers from News Corp for $421 million back in 2003 using exactly $0 of their own money. In essence, they bought them on a credit card.

– $150 million came from a loan from Bank of America

– $125 million came from…News Corp? That’s right. They loaned the McCourts the money to purchase the team from them. In exchange, Frank put up a parcel of land in Boston. The McCourts defaulted on the loan, and Fox took over the property, which, tada! owed nearly $60 million against it.

– Another $71 million came from personal loans Fox issued against the McCourts’ personal property.

Fox then issued $50 million in rebates during the first two years, essentially giving the McCourts the team for $371 million.

2. They then outlined a plan to increase ticket prices, nearly doubling them, while cutting the payroll. In this plan, detailed here, they wanted to increase the average ticket price from $29.40 to $53.50 by 2018, all the while trying to spend only 25% of their revenue on payroll, well below the 50% teams are expected to spend.

3. The land Dodger Stadium and its parking lots were on were then parceled out to McCourt-controlled companies. In simplest terms, the Dodgers were forced to pay $21 million per year for the right to have people park at the stadium. In addition, ownership of Dodger Stadium was then transferred to another company, which then charged the Dodgers rent to play at Dodger Stadium.

Re-read that last sentence. The Dodgers paid rent to play in their stadium and for people to park at their parking lots.

4. Meanwhile, the McCourts were living such a lavish lifestyle they required more money, which they didn’t have. So instead they borrowed against their various Dodger-related companies to the tune of over $108 million. Mind you, this was for their own personal use, and not for their businesses.

5. Despite this insanity, the McCourts weren’t happy in their marriage. Allegedly Jamie had an affair with her chauffer, a Dodgers employee, and took him to Europe on a paid vacation. When Frank found out about this, he fired her, changed the locks, and refused her entry. *

* – It should be noted the McCourts eventually did settle, with Jamie getting $130 million in the settlement. This was before the sale of the team. I’m sure she’ll find some way to come back and get more money to purchase all the souls she consumes for dinner.
6. Don’t worry about their children, though. While they owned the team, they paid their two sons $600,000 a year for consulting positions nobody could really describe.
7. Worry about poor people’s children, though. In a 2008 interview, Jamie explained that the Dodgers wouldn’t be spending as much money on payroll because they were so mired in their charity work…
8. …for which the Dodgers had to repay the charity after it was discovered Jamie had wrongly taken over $120,000 from them as a consulting fee.
9. Remember the unfortunate attack on a Giants fan last April, when the Dodgers were criticized for having inadequate security? Oh yeah, they had fired their chief of security in December 2010 and left the post vacant.
10. Oh yeah, the Dodgers were forced to file for bankruptcy last season, and as a result, their paychecks to some of the ushers and security guards bounced.
11. Well at least they didn’t spend frivously, right? Other than the $600,000 they paid a Russian faith healer to send positive thoughts to the Dodgers.
I just…well, there’s so much more to it.
On top of that, McCourt isn’t fully divorced from the team after the sale. He will still control interest in the parking lots to the tune of $150 million.
The real kicker, though, is that even after the sale and after all of his tremendous debt is paid off, Frank McCourt will walk away with an estimated $1 billion.
Sigh.
Seriously. One of my buddies is a Dodgers fan, and we give each other some good-natured ribbing from time to time, but even I felt sorry for him, as it was hard to root for a team that was run so poorly. The Dodgers had to make some terrible concessions last year just to make some of their payrolls, and…
I’ll stop. The point of this article was to put some things into perspective. I know many people were mad that Cardinals ownership didn’t do EVERYTHING they could to keep Albert Pujols this past off-season. Consider everything the McCourts have done, though, and tell me we don’t have it better off.
Facebook Comments Box