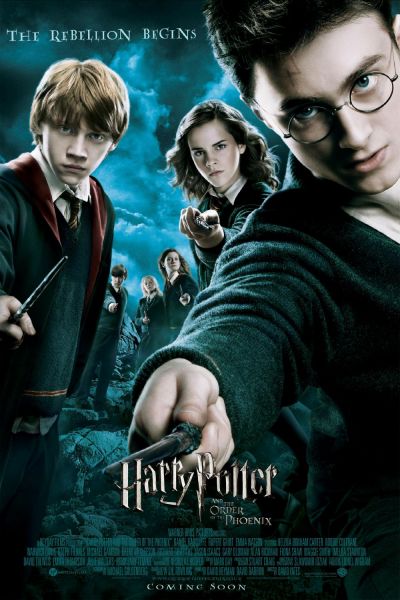 Order of the Phoenix follows Harry’s fifth year at Hogwarts. The year starts violently for him as Dementors attack him in Little Whinging which until this point had enjoyed a complete separation from the magical world. While defending himself and his bully cousin Dudley Harry has to use a Patronus charm which puts him at odds with the current Ministry who says he is in violation of the Decree for the Restriction of Underage Magic. The current regime does not want to admit that Voldemort is back because of the problems it would cause for them. This puts them at odds with Harry and his mentor Dumbledore. The ministry decides it needs a hand in things at Hogwarts. We are introduced to our darkest Defense Against the Dark Arts teacher yet, the sickly sweet Delores Umbridge. A woman who believes in order above all else. No one is allowed to question the ministry and evil creeps into the deepest corners of Hogwarts. Harry is also having dreams of a long dark corridor with a door at the end. What could it lead to, and why does Dumbledore want to make sure he doesn’t see it?

As the longest book in the series it is disappointing to see that it is the shortest film yet. Many scenes are either moved around or omitted completely.  This leads to the film feeling a bit more rushed than the previous entries. There is no clear timeline at times, and it moves at an extremely sluggish pace during a few select points during the film. The shortening results in one relationship feeling much more dull and heartless than it should be. Harry and his godfather, Sirius Black, do not get nearly enough screen time together. You are to understand their relationship is almost like that of father and son, but to Sirius at times it is like his best friend is back. Rather than seeing this in action, you are told this through clever lines.  Clever dialogue should never replace great visuals that imply the same thing. It is the reason why we have films, we shouldn’t be told something is that way, we should see it. Otherwise there is no reason to adapt a book into a film.

Like the two films previous to this one, it has some spectacular visuals.  The dark tone to it gives us an ominous feeling that leads up great to the final payoff of the climatic scene at the end. Newspapers from The Daily Prophet cleverly tell us bits and pieces that might have needed whole extra scenes to explain before. There is no doubting by this far into the series they don’t have a completely unique feel to Harry’s world. Every set and every effect seems to complement this magical world we are supposed to believe inhabits Great Britain. The only effect that seems a bit too overdone is the Prophecy room in the Hall of Mysteries. It seems to have been done up a bit for theatrical effect when it would have worked much better as described in the books. It may be nitpicky, but it seemed a bit too obvious of green screen work.

The most outstanding performance of the film goes to Helena Bonham Carter who plays the evil Bellatrix Lestrange.  Her cackle and her cloying tone make her seem even more sinister than the outrageous costume she is wearing.  There is no doubt she is plays Bellatrix in a way no one else could. Carter is very good at playing slightly mad characters, but she has never been one quite as nasty and malevolent as this. Just as evil, but more a wolf in sheep’s clothing is Delores Umbridge. Imelda Staunton looks sweet enough, but her attitude towards the students and disregard for them makes her as evil as Bellatrix. You will no doubtfully be waiting for her smirk to get blasted off her face by a stray wand for the entire film. Her smug appearance is frustrating, and really gives an insight into the frustration Harry must be feeling.

Harry will not be as well liked in this one as he is in previous installments. Feeling trapped and frustrated he snaps at his friends and is a little more on edge than in previous installments. This is one thing they don’t play up in the film as well as the do in the books. You see Harry get frustrated, but he never shows the rage he is feeling like in the books. Radcliffe almost plays Harry too nice in this one. It might be due to time constraints and the writers thought there wouldn’t be enough time to redeem the character, but it was a much needed emotion for the character of Harry to go though. It is part of a phase he is going through, without seeing that completely the growth isn’t as huge.

I can’t complain about the look or even the acting in this film. The biggest thing it seems to miss is the emotional themes the book captures so well. Order of the Phoenix is such a good read because as the reader you are kept in the dark for so long. Harry is at that age where he is old enough to have to take responsibility for his actions, but at the same time not old enough to be included about many of the actions that surround him. As these actions largely effect him he is no doubt frustrated to not be let in on what is happening. The frustration with Dumbledore is also there, but once again it lacks a big emotional punch. The biggest scene they miss out on is the confrontation with Dumbledore after the final conflict. We get bits an pieces of the conversation, but this is one of the biggest payoffs in the books. Much of the information we have been pining for years is finally revealed. Although we miss on the chance for Harry to completely lose it, letting his frustration transfer into rage. After the rage comes the understanding.

Overall, this is a great looking film, and if you haven’t read the books it is probably a fun time. Even having reading the books won’t ruin the fun of the film completely, but it will miss emotional beats you might have been expecting that were so important to the plot of the books. It continues to show that Harry Potter is one of the best adapted series around.

Harry Potter and the Order of the Phoenix gets a B. 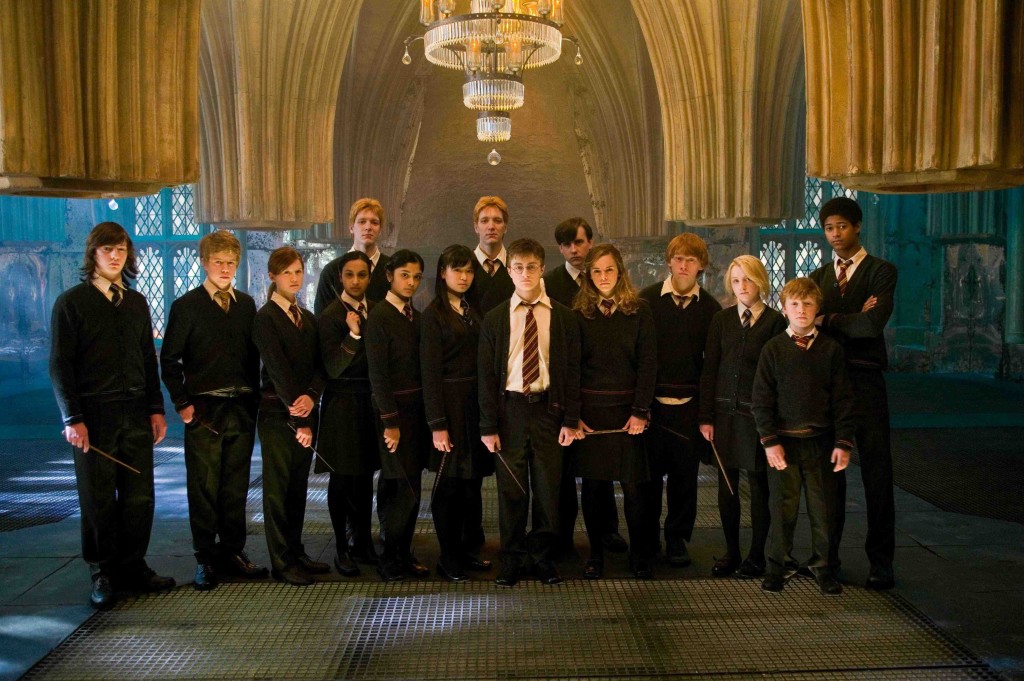