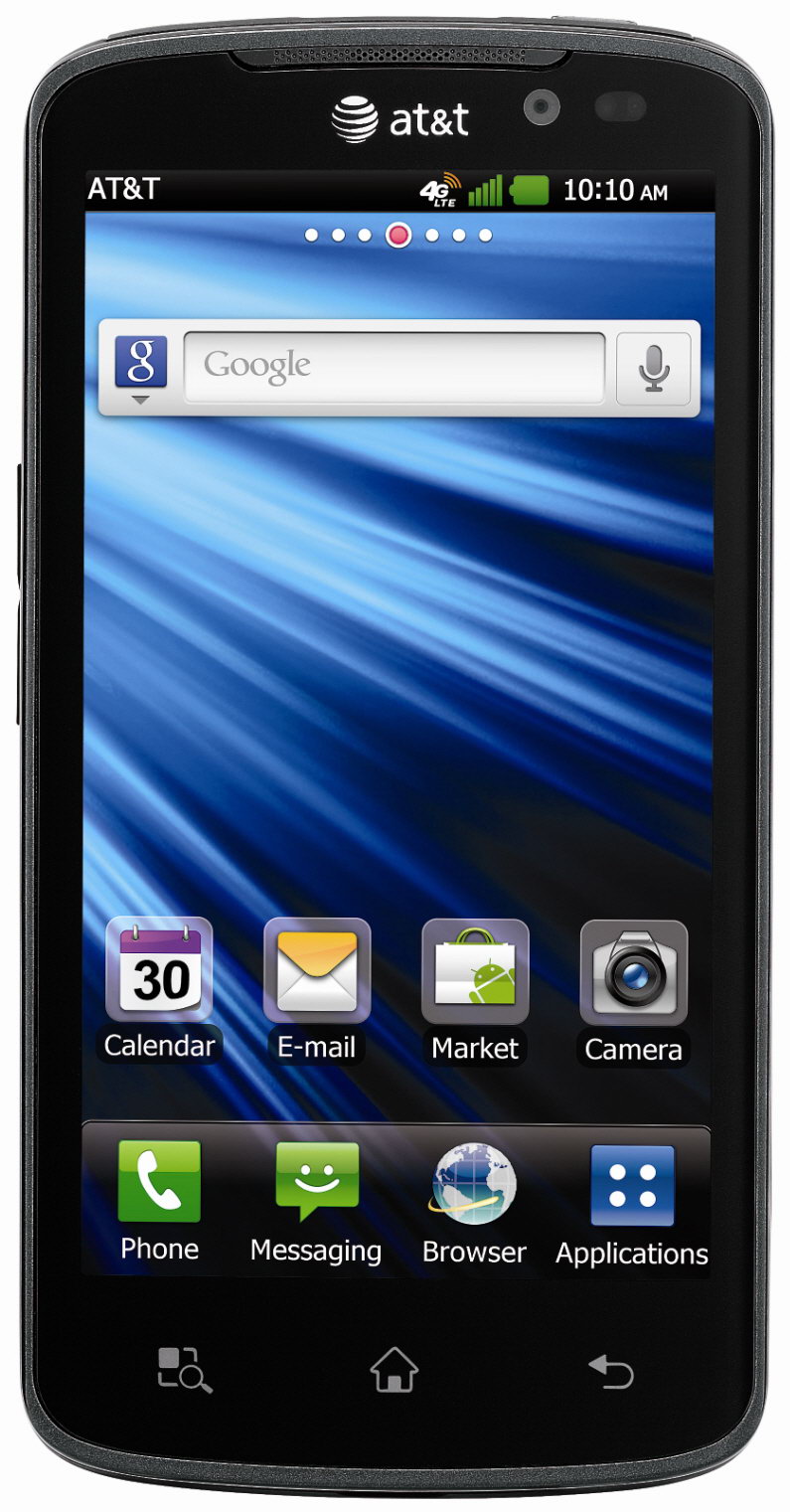 The LG Nitro HD is AT&T’s branding of the LG Optimus LTE, sharing some DNA with the Verizon LG Spectrum and the upcoming Sprint LG Viper. AT&T’s LTE service has not yet been switched on in St. Louis, but they recently announced that their 4G spectrum will be up and running this April or May. Depending on network congestion, we can expect real world speeds of around 7-15 Mbps download and 1-5 Mbps upload. Using just HSPA+, I averaged 3.37 Mbps download speeds with my fastest Speedtest.net result reaching 12.62 Mbps down!

For more detailed info on St. Louis data speeds, check out my HSPA+ results that I got using the Speedtest.net app. For the latest info about 4G LTE coming to our area, follow AT&T St. Louis on Twitter: @ATT_STL

Setting Up Your New Device

Setting up the Nitro HD is pretty standard for an Android device. You’ll be taken through a step-by-step guide on the device itself to add your email, social networking, and Google accounts. The phone does come pre-loaded with bloatware, but AT&T has graciously allowed some of them to be uninstalled from the device. They also enabled installations from Unknown Sources, so the Amazon Appstore can be installed on the Nitro HD.

In lieu of providing a hard copy of the device manual, LG and AT&T have opted for hosting it online. Most power users will gloss over the manual anyways, but having the manual online is the least they could do for those who may need assistance. Hooray for saving a few trees and shipping weight!

This is the first AT&T phone to feature a 720×1280 resolution display. LG manufactures the Retina Displays for the iPhone 4/4S and the new 3rd Generation iPad, so they are no stranger to high resolution screens. Text and images look crisp and clear, with the LCD providing great color reproduction. However, the display is not without its quirks. 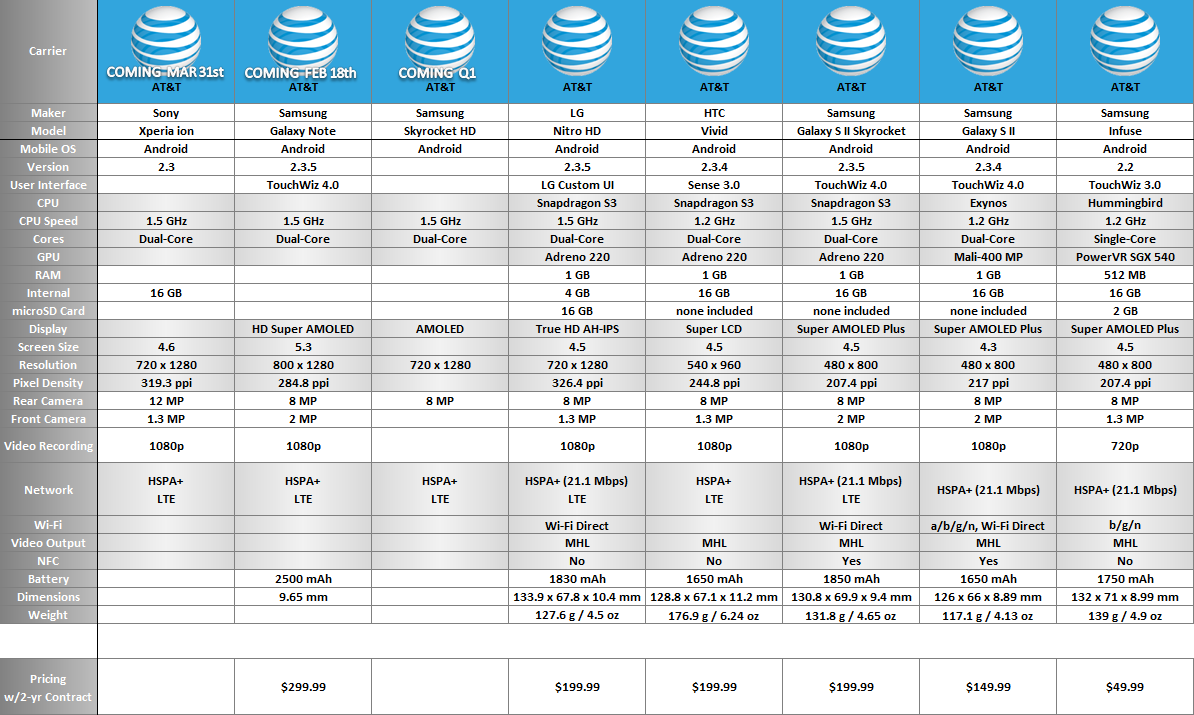 The resolution of the 720p display doesn’t always play nice with certain apps. Most Android smartphones have a resolution of 480×800, 480×854, or 540×960. So far, the apps have been developed and optimized for this screen size. Stretching up to 720×1280 can make certain UI elements position themselves incorrectly. For example, in Angry Birds the Play button and level select icons are smaller and more spread out. To deal with this issue, LG included a display setting that enables you “optimize” specific apps for the hi-res 720×1280 display. After enabling this feature, everything returns to correct proportions. Also, the Google+ widget only spans 3 out of the 4 columns of the homescreen, and LG’s custom launcher doesn’t allow widget resizing. In order to stretch the widget across the entire homescreen, I would need to download a different launcher program that has that feature.

Launchers are easy to install and setup. Several options such as LauncherPro and ADWLauncher provide a drastic change to the look and feel of your device. I highly recommend giving a few a try!

The Nitro HD’s own custom launcher provides 7 homescreens, which can be repositioned and removed. The default homescreen can also be changed, so that hitting the Home button can take you to whichever homescreen you prefer. The Nitro organizes layout profiles similar to “Scenes” on HTC Sense handsets. You can have a profile for work, play, night-time, etc. The App Drawer is divided into categories. You start with a Main section and a section saved for your Downloaded apps. You can also create and reorganize these categories through a menu option.

There are 3 hardware buttons at the bottom of the phone: Menu, Home, and Back. With Android 4.0 (Ice Cream Sandwich) getting rid of the Search button, the Nitro HD is definitely ready for the upgrade to the latest version. The device is currently running Android 2.3.5 (Gingerbread). 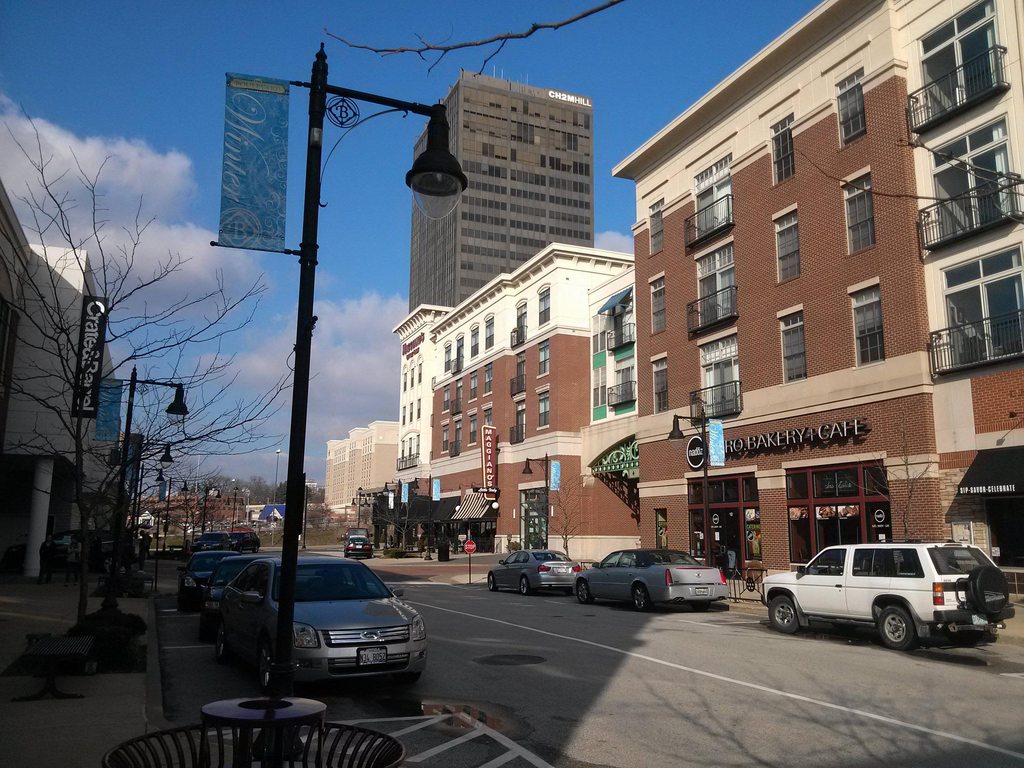 The camera took excellent photos, however I think the high resolution of the screen may have enhanced their quality. I noticed that once I transferred the images over to my laptop, they just didn’t look as great as they did on the device. Also, seeing as the device comes with only a Class 2 rated microSD, I am baffled as to how it can capture Full HD 1080p video without a stutter.

The biggest gimmick that LG has included is a tap gesture that moves the cursor. Using the accelerometer, a tap on the righthand side of the phone will move the cursor to the left; tap left to move right. This is quite useful for making corrections after typing with the included LG keyboard, which is not my cup of tea. I’m a bit biased towards the Swype keyboard, but that’s the beauty of Android: if you want a new keyboard you can download one from the Google Play Store. The phone also borrows some features from other Android phones such as using the accelerometer to tilt and pan homescreens when reorganizing icons. You can also utilize the proximity sensor when laying the phone face-down to mute an incoming call, snooze an alarm, or pause a video clip.

The handset features Wi-Fi Direct, or Wi-Di, which enables the device to connect to another Wi-Di enabled device directly without the need for a wireless network. You could be in the middle of the desert or halfway to the Moon, far away from cell towers and wi-fi networks, yet still be able to transfer photos, videos, and music from one Wi-Di device to another. It’s similar to a Bluetooth pairing, only it uses the Wi-Fi protocol for faster transfers.

One of my favorite features of the Nitro HD is the calendar info on the lockscreen. For users that rely on their calendars to keep their lives on track, having your next appointment visible every time you power on your screen can serve as a great reminder. The more you see it, the more likely you are to remember it! The lockscreen also allows you to quickly check an incoming email or text; just slide the icon down to unlock the screen and open up the appropriate app.

The biggest downside I found with the Nitro HD is touch sensitivity. It would often miss my finger swipes. Not too big a deal in the UI but if you’re hacking at a frenzy of fruits in Fruit Ninja, it makes the game unplayable. I’ve had some experience with the cheaper LG Xenon for AT&T (non-Android featurephone), and besides software being a glaring problem it also had screen issues. Not to say that the phones are even comparable, but it seems to me that LG has issues with getting the display and the software to talk to each other. Let’s hope it’s just a software issue that can be tweaked in the next update.

Another small quirk, the USB port for the phone sits on the top and is protected by a plastic tab. Maybe I’m just being picky but it gets in the way. If you set the phone down to charge, it’s either pointing towards the ceiling asking to be ripped out or it’s covering the screen on button.

This is definitely a great piece of hardware. If they can fix the touchscreen issues, then I would declare this the best smartphone that AT&T has in their current line-up. At the $99.99 price with a new 2-year contract, it’s also the best value: a true superphone at half the usual superphone price!