A spinoff is already under way for the comic book character “Deadpool,” who was featured in the latest X-MEN movie, “X-MEN Origins: Wolverine.” Deadpool will once again be played by Ryan Reynolds, who played Deadpool “Wolverine.”

The character is very popular in the eyes of X-MEN comic fans, and many of them did not feel that we saw enough of Deadpool in the movie that opened last week. Deadpool is created when mercenary Wade Wilson joins the Weapon X project, after battling with cancer.  He gains Wolverine’s healing power from the expiriment, but is left disfigured mentally unstable.

The word is that Fox is also in the beginning stages of developing a Wolverine sequel, as well as a film revolving around Magneto.  It appears that the X-MEN franchise is alive and well.  It destroyed competitors at the box office during opening weekend, and is getting pretty good feedback from reviewers and fans alike. 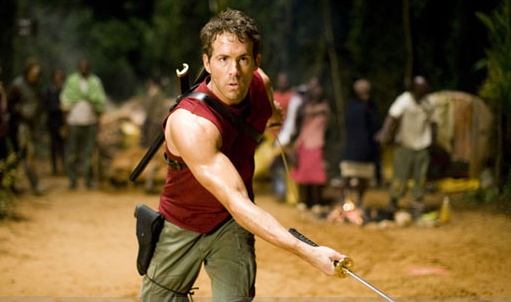