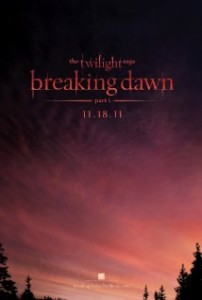 Last night during the 2011 MTV Movie Awards, the much anticipated trailer for “The Twilight Saga: Breaking Dawn Part 1” debuted. During the premiere, you could hear the audience going nuts during pretty much every scene.