As any die-hard comic book fan already knows, the reboot of Spiderman titled “The Amazing Spider-man” will be released July 3, 2012 in 3D. The film stars Andrew Garfield as Peter Parker, Emma Stone as Gwen Stacy and Rhys Ifans as The Lizard Man / Doctor Conners. The film is directed by Marc Webb.

There haven’t been a lot of pictures or video released for the reboot of the beloved comic book series. There have only been two official photos released, mainly highlighting the new spidey suit – and no official logos, posters or videos have been let go by Sony. But from what we have seen already, I am getting pumped for the new movie.

The new suit looks awesome. It truly gives meaning to the ‘amazing’ part of the title. Check out both of the released images of Andrew Garfiled as Spider-man in “The Amazing Spider-man” below: 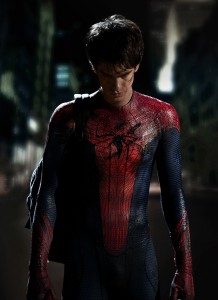 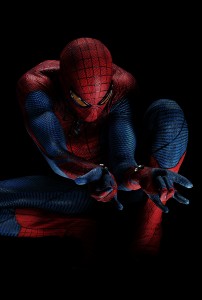 What do you think of the new costume? Are you ready for the reboot? Tell us in the comments below!

A teenage Peter Parker grapples with both high school and amazing super-human crises as his alter-ego Spider-Man.