If you are a huge Batman fan than you have undoubtedly read BATMAN: YEAR  ONE by Frank Miller.  If you know anything about comics then you have at least heard of it.  Then you should know that it is a big deal that this fantastic graphic novel is getting it’s own movie.  Perhaps the only movie that would be a bigger deal for Batman fans is an adaptation of THE DARK KNIGHT RETURNS (also by Frank Miller).

BATMAN: YEAR ONE gives a unique take on the origins of Batman.  This is Bruce Wayne first making his mark in Gotham City.  Many people unfamiliar with this novel will instantly compare it to BATMAN BEGINS.  Christopher Nolan has said in interviews that this has been a big inspiration for his Batman trilogy.  I find the most unique aspect about the book is that the main character is actually Jim Gordon.

I have loved almost everything that the team behind the DC Animated Universe has done.  I expect this to be no different.  The voice talent includes Ben McKenzie as Bruce Wayne, Bryan Cranston as Jim Gordon, Eliza Dushku as Selina Kyle, and Katee Sackhoff as Sarah Essen. 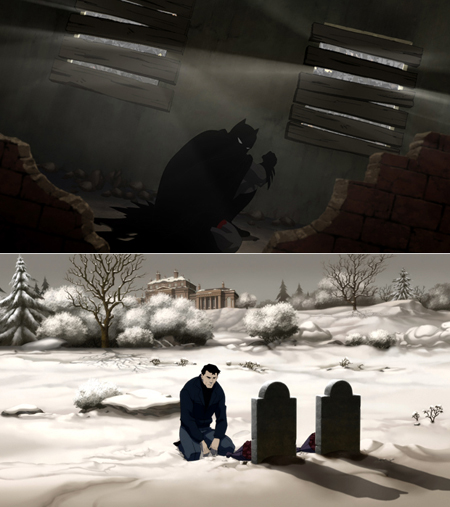