USA Today released a still of the new Shawn Levy directed feature, Real Steel, starring Hugh Jackman. In the film boxing is only done through the use of robots. Jackman’s character takes a robot, “Atom”, and train it to be a robot boxing champion with his son. This picture depicts him with a robot called “Noisy Boy”.  The film will mostly be done with motion capture CGI, but will also use animitronic doubles for the robots in certain scenes. 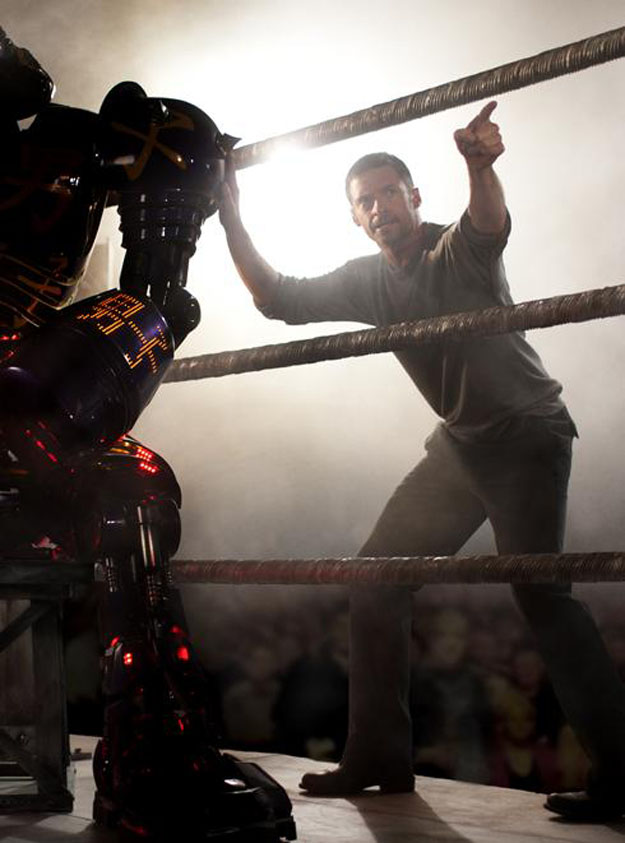