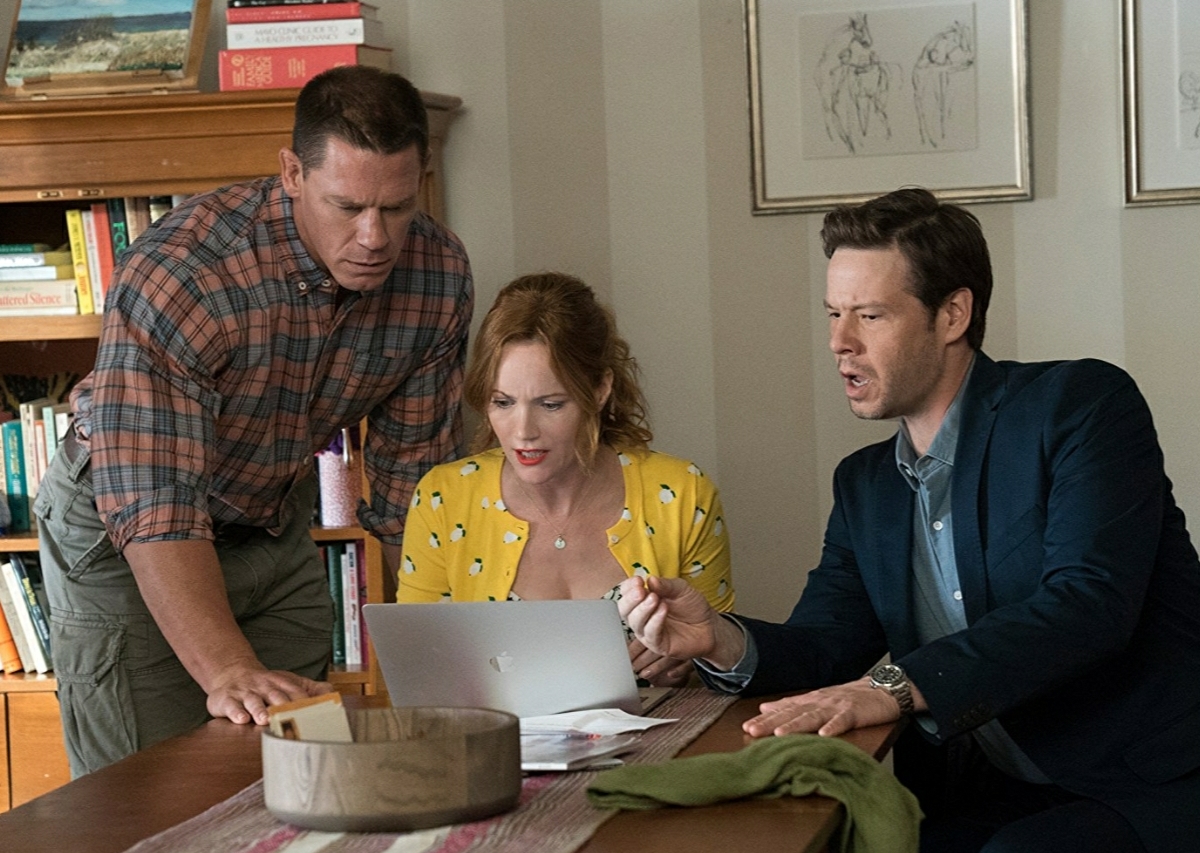 It’s not an easy subject to broach, but inevitably, parents have to talk with their kids about the birds and the bees. Some parents try to delay it for as long as possible, but eventually, everyone’s gotta learn about the whole bumping uglies bit.

Many movies have approached the topic; some offer serious takes, but the majority of them seem to take a more light-hearted approach. Anyone who grew up in the 90’s remembers American Pie, the seminal comedy classic of four best friends who vow to lose their virginity on prom night.

And on that note, Blockers enters the fray with a similar premise. Kay Cannon’s directorial debut is a tad bit more candid in its approach, presenting three girls who make a sex pact to lose their virginity on prom night while their horrified parents make desperate attempts to stop them. It’s pretty easy to dismiss this as a silly lowbrow effort at humor, but after seeing, I’m actually pretty pleased to report that Blockers is quite a bit deeper than I’d originally anticipated.

To be fair, there is quite a bit of slapstick and gross-out humor; anyone who’s seen the red-band trailer is familiar with the butt-chugging scene involving Mitchell (John Cena),  the father of Kayla (Geraldine Viswanathan), one of the girls involved in the pact. And there’s a fair amount of male nudity I wasn’t expecting, so there’s that.

Beneath all that, though, is a very solid approach to a topic that isn’t always the easiest to broach. When Mitchell, Lisa (Leslie Mann), and Hunter (Ike Barinholtz) discover the plan, Mitchell and Lisa immediately spring into action, while Hunter is a little more reserved, at least in the beginning. It’s a standard story of self-discovery, but unlike American Pie and other young adult-oriented comedies, there’s some genuine introspection to be done by both parents and children. 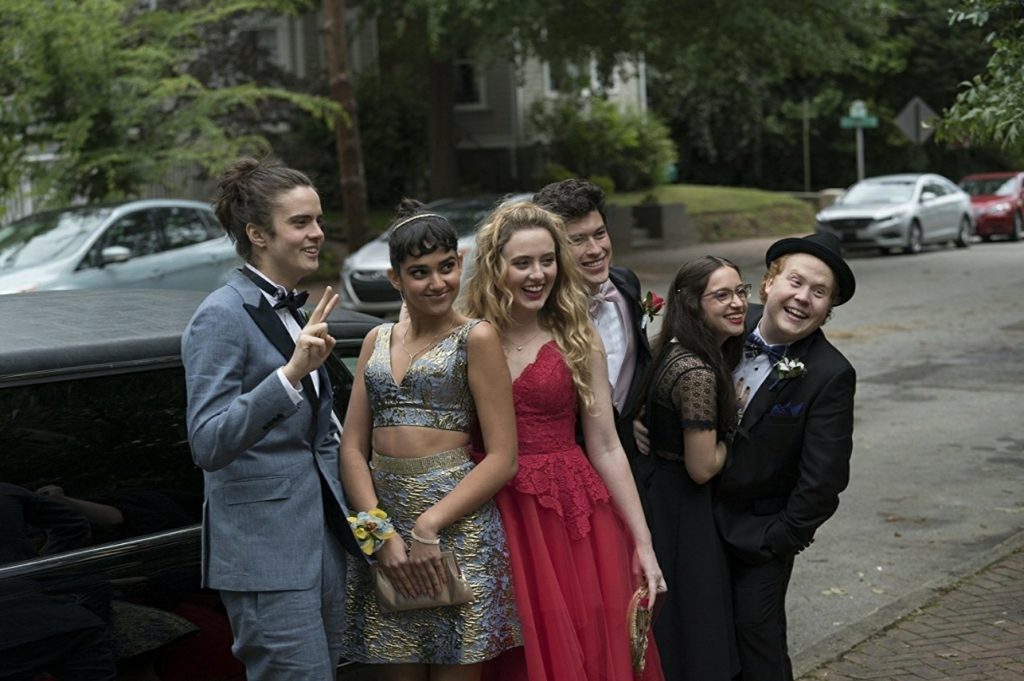 It’s unlikely Cena will win any awards for his acting, but he actually has a solid sense of comedic timing, and he’s complemented perfectly by his on-screen wife, Sarayu Rao, whose more liberal approach to sex runs perpendicular to his paternal instincts. The screenplay is candid at times, questioning why it’s celebrated for guys to have sex, while women are shamed for similar behavior. It’s a question that doesn’t get an answer, but it does force MItchell to consider his own behavior. Similarly, Ike Barinholtz does an acceptable job as a dad who’s initially indifferent, but gradually joins the other parents in their attempts to interrupt the evening. Convinced his daughter (Gideon Adlon) would never participate in the pact, he tries to give her the best night of her life in an effort to be a better father to her.

It’s really Leslie Mann’s show, though, as the relationship between her and her daughter (Kathryn Newton) seems to be the centerpiece of the story. As an overprotective mom who fears being alone when Julie heads off to college in the fall, this movie’s about her transformation just as much as it is Julie’s, and Leslie plays it perfectly, deftly maneuvering between helicopter mom and sympathetic single parent.

Most importantly, it’s pretty damn funny. My friend I took with me was near stitches the entire time, and there are some genuinely hilarious moments. Colton Dunn is fantastic in his limited role as the limo driver, and the humor balances out what turns into a nuanced resolution that forces both parents and children to examine the paths they’re heading down.

The subject of sexuality will always be an uncomfortable one for parents and teens, and as a result, it’s almost a certainty that films will tackle the subject for as long as cinema is around. Still, Blockers does an admirable job of showing that while the subject may not be new, with a little creativity and clever writing, it’s possible to give a fresh perspective. Don’t expect anything soul-shattering, and I think you’ll enjoy the ride.

Blockers gets a B. 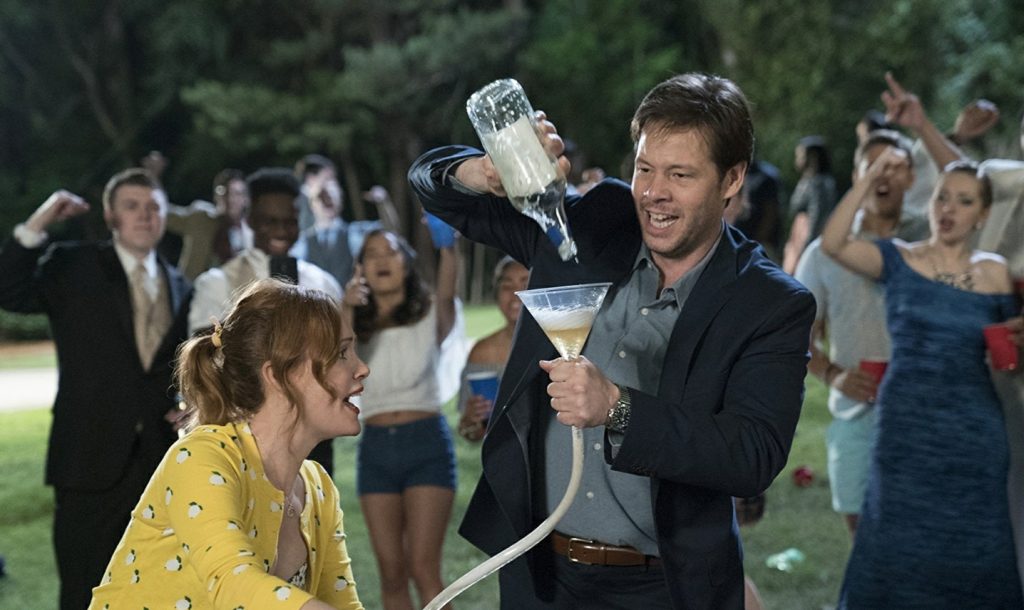