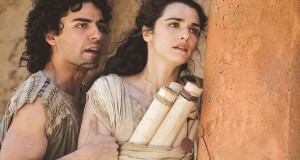 Agora is an upcoming 2009 historical drama film directed by Alejandro Amenábar, written by Amenábar and Mateo Gil, and starring Rachel Weisz and Max Minghella. It was screened Out of Competition at the 2009 Cannes Film Festival. It will then get a general release on December 18, 2009.