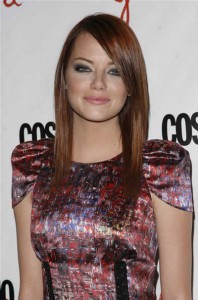 Hamlet 2 director Will Gluck is back, and this time with something a film with a bit more of a formulaic plot.  That isn’t to say it doesn’t look entertaining, because it does. It rests mainly on the laurels of its star, Emma Stone, who I am finding it increasingly harder not to have a crush on.  The film is a retelling of the famous Nathaniel Hawthorne story “The Scarlet Letter”, but updated to the modern era. (Think Ten Things I Hate About You, She’s All That, etc.) We’ll see how much originality is added to the story, and if the humor can rise above the subject material. This could be a home run due to some of the up and comers, and veterans in the cast.

Nathaniel Hawthorne’s The Scarlet Letter is re-imagined as a contemporary high school comedy in this tale of a scheming student who plots to give her popularity a boost by painting herself the easiest lay in school. ~ Jason Buchanan, All Movie Guide