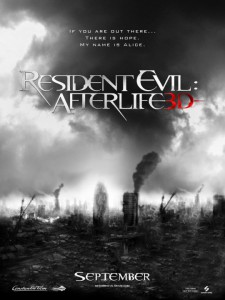 Yesterday San Diego Comic Con had a panel featuring actress Mila Jovovich and director Paul W.S. Anderson as they discussed their upcoming film Resident Evil: After.Life. I have always been a fan of the series so I was happy to read that the footage that was shown looks great. Also, the new installment features the same 3D technology that was used to make Avatar. No crappy post-production conversion process on this one.

This article isn’t about the new Resident Evil though. I want to take a look at the original film in the series and provide some fun facts that maybe you hadn’t known before.

Are you a fan of the Resident Evil series? Does the new sequel interest you or do you think that it is completely unnecessary? Let us know what you think in the comments below.