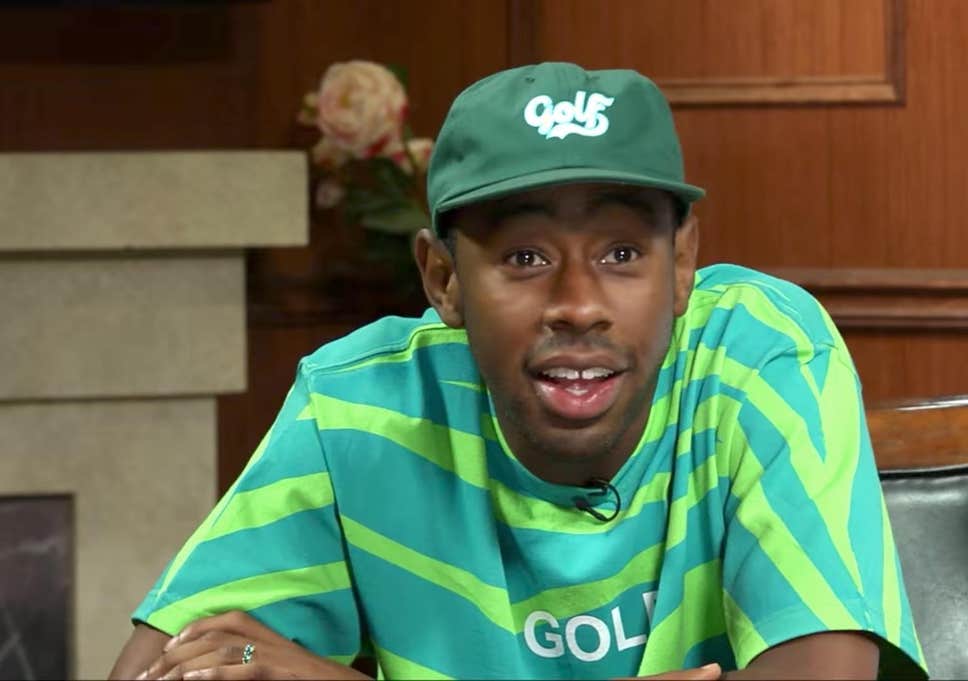 Tyler the Creator returned to St. Louis on Friday to play songs from his fifth album, “IGOR” for a crowd of screaming fans. The crowd, for the most part, was undeniably young. Before the show, flocks of teens dressed head to toe in Golf Wang (Tyler’s clothing line) bolted from parents and friends’ cars into the Chaifetz Arena. The age of the crowd was a little surprising, especially since Tyler has been active in the hip hop scene, both through his solo work and work with rap collective Odd Future, for over a decade. That being said, however, his music has evolved a lot since the days when his lyrics got him banned from the UK. He opts for more sentimental and emotional lyrics on“IGOR” and his previous album “Flower Boy,” which has become a definitive album for Generation Z.

The show was opened with two acts, Goldlink and Blood Orange. While Goldlink’s set was upbeat and attempted to hype up the crowd, Blood Orange brought much more mellow vibes to the arena. This duality previewed the energy of Tyler’s set later on, which would draw on the bombastic nature of his early material, and blend it with his smoother, more sensitive recent releases. Blood Orange was familiar to a large chunk of the crowd due to the critical success of his album “Negro Swan” which topped many of 2018’s year-end lists. Anyone who wasn’t familiar with the British R&B artist, though, surely was entranced by his stunning visuals and sweet vocals.

When it was time for Tyler the Creator’s set to begin, the energy in the room began to shift. The atmosphere buzzed with youthful anticipation, which grew to a thunderous roar as the lights went down. A spotlight appeared on stage welcoming Tyler, dressed in a pastel blue suit and blonde bowl cut wig. He stood center stage unmoving for the first part of his opening song “IGOR’S THEME,” giving anyone in the crowd who didn’t know what they were getting themselves into the first hints of the bizarre world in which they were going to spend the next 90 minutes. Tyler never abandoned the Igor alter-ego costume during the set, but he didn’t maintain the stoicism for long. By the end of the first song the bass and strobe lights had been dialed up to 11,Tyler was practically bouncing off the walls, and the crowd was doing their best to match his energy.

As the set went on, the stage itself became more intricate. What started as simply a curtain, by the middle of the set had been complicated by projections, risers, cannons, and pyrotechnics. Tyler’s performance itself became wilder as he traded some of the awkward Igor façade for the more grimy and grotesque character he was once known for during performances of older tracks including “IFHY” and “Tamale”.

The vast majority of the set was taken from “Flower Boy” and “IGOR.” Highlights included “I THINK,” “NEW MAGIC WAND,” “Boredom,” “See You Again,” and “EARFQUAKE,” which featured an extended piano solo showcasing some of Tyler’s traditional music ability. The set ended with “ARE WE STILL FRIENDS?” which was brought dreamy closure to the rollercoaster that was the rest of the performance.

To sum up Tyler the Creator’s IGOR tour succinctly is nearly impossible. It was loud, chaotic, sensitive, passionate, messy, and straight up bizarre all at the same time and the crowd lovedall of it. It was clear from the teens and 20-somethings decked out in merch and screaming every lyric that this show was an experience many young people in St. Louis won’t soon forget.