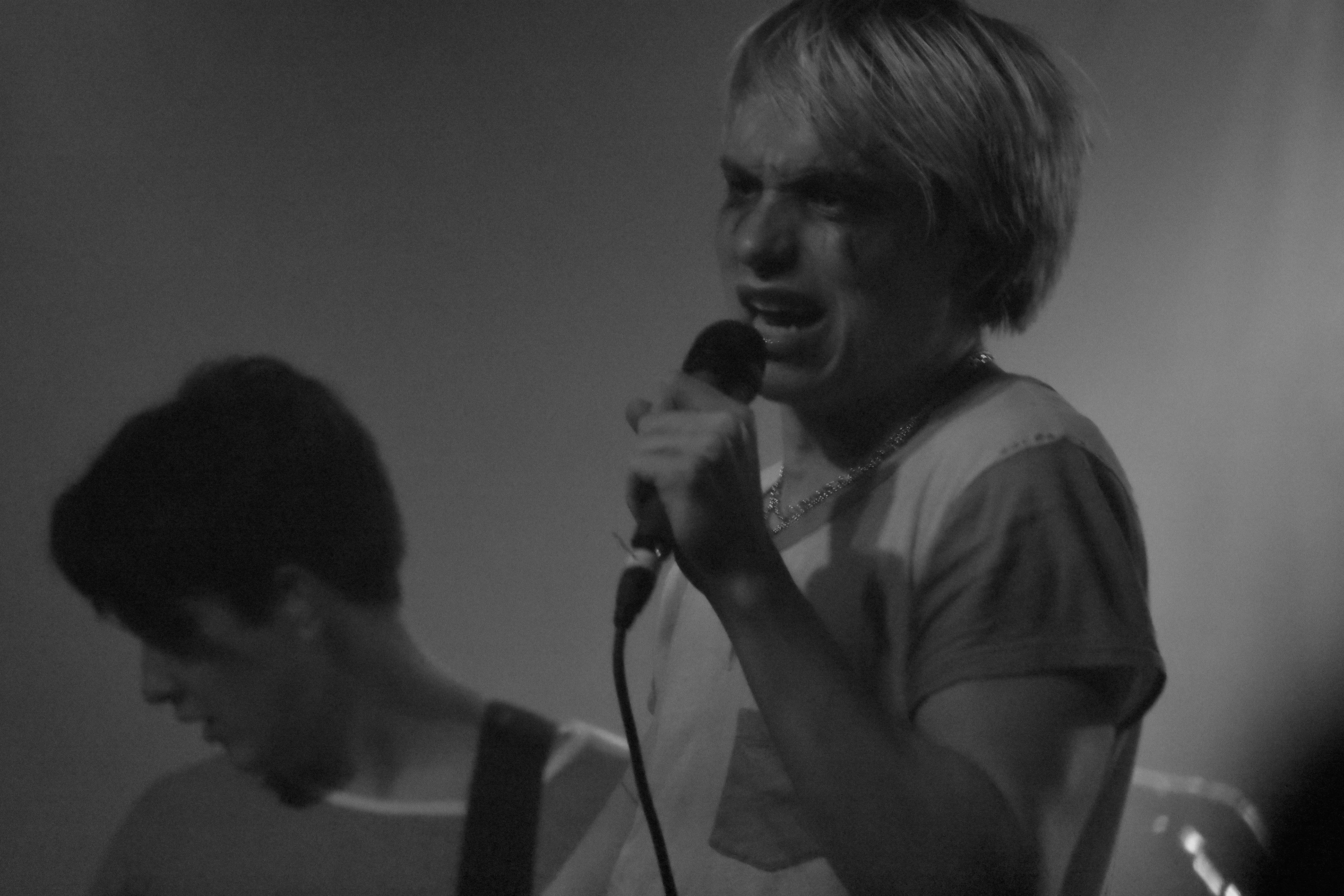 The Ready Room on Manchester Ave was the place to be Tuesday night, as SWMRS brought their “Berkeley’s On Fire” tour to Saint Louis. California Natives were joined by all-girl punk rock band Destroy Boys and indie rock trio Beach Goons. All three bands put on a memorable set and definitely showed audiences that no matter the venue, a rock show can still be epic.

Kicking the night off was Destroy Boys, who’s distinct sound was reminiscent of Janis Joplin mixed with Joan Jett and the Blackhearts. The all-girl punk rock band had no problem amping up the audience with their high energy and enthusiastic set, which even had an impressive cover of Nirvana’s “Territorial Pissings.” Lead vocalist Alexia Roditis (who was such a kind and wonderful person to speak with after the set,) incited an all-female mosh pit, applauding the audience for their ‘badass-ery’ and declaring that they are here to make music “for women, for LGBTQ members, for people of color, and any other person who might have a question mark next to them in society.”

Next up was Beach Goons, hitting vibes of a beach rock show. Being the second time the band has performed in the St. Louis area, it was no surprise that they already had a following of eager fans awaiting their arrival on stage. I will say, SWMRS couldn’t have picked better openers for their show, as the crowd was good to go by the time the headliners came out.

The Ready Room was rumbling with screaming fans as SWMRS came out, going straight into a badass set performing hits such as “Trashbag Baby,” “Hellboy,” and “Lose It.” The energy from vocalist and founder Cole Becker was astounding, and his interaction with the crowd truly made for an experience any fan would enjoy. The barrier set up wasn’t much of a stopping force when it came to Becker interacting with the audience as he kept lunging off stage to embrace fans, even going as far as to crowd surf near the end of the set. Playing hits from their newest album, the band continued with songs such as the self-titled “Berkeley’s on Fire” and “Lose Lose Lose.”

As SWMRS isn’t bringing their tour to every major city, it was no surprise to hear that many people traveled some impressive distances to spend an evening with the band. It also won’t be a night forgotten by most, one couple in particular, as before the band played their last few songs, they welcomed a fan onto the stage, announcing she had something important to say. The girl, very eagerly and shakily asked her girlfriend to join her on stage, where she proposed with a little help from the band in front of the entire audience. Band member Max Becker announced for us all that “She said yes!” and the crowd’s applause quickly turned into the band closing out the set with their smash hit “April in Houston.”

The show started off with high energy and did not let up until the house lights came back on. The variety of different types of people of all ages really made for a spectrum of audience members, all who seemed to have enjoyed the concert immensely. I highly recommend giving a listen to all three bands, as well as giving a listen to SWMRS new album “Berkeley’s on Fire,” available for purchase now.