As I sit here munching on some delicious homemade lasagna courtesy of my friend Elizabeth, I count down the minutes until the first pitch of the game today, scheduled for 12:10 CT. Brad Penny’s set to take on Bronson Arroyo. A few thoughts about the first couple of games.

– Colby Rasmus reads my writing, and he’s out to prove me wrong

Okay, he probably doesn’t read my writing. But after I wrote he would regress statistically this year, the first two games he’s done nothing but give me a big middle finger. 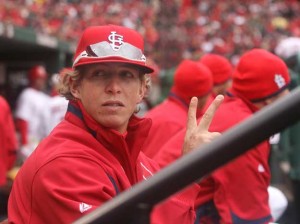 You're doing it wrong. Stick to hitting, Stinky Cheese Man.

Granted, two games is a statistically insignificant sample size. But he’s done nothing but hit and field so far, going 4 for 6 so far with a double, a home run, 2 RBI, and three walks. Throw in the spectacular catch he made to rob Rolen, and he’s progressing quite nicely.

This is why you shouldn’t worry about spring training statistics. After going through mostly crappy springs, Carp and Waino are now 2-0 and have given up just four earned runs in thirteen innings thus far. For most of the evening, Wainwright was untouchable. 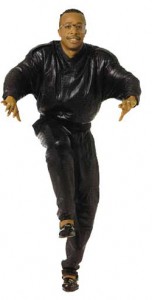 Wainwright will probably get the kid gloves treatment early on, since he led the league in innings pitched and pitches thrown last year. But he’s already off to a better start than 2009.

Sidenote, if you go to the Show-Me’s downtown, better load up your wallet. Went to dinner with a friend and her father last night, and afterward, we hit up Show-Me’s for a few beers to watch the game. Four 16oz. beers and a mug of Schlafly’s later, i was out $30.25. I understand the beers were slightly larger, but at least a special or something would be appreciated to garner interest in the place. Perhaps there was a special going on during the game, but it was never mentioned by the bartenders, nor was it advertised. The atmosphere was so-so, with just a few stragglers in. Nothing to convince me to go there instead of staying home and just downing a 12-pack of Bud Ice, which I can get for $5.99. 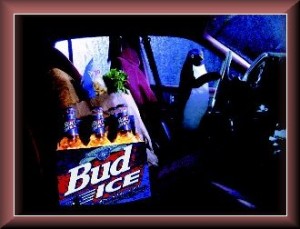 Anyways, that’s it for now. Break out the brooms. Going for the sweep today, baby.