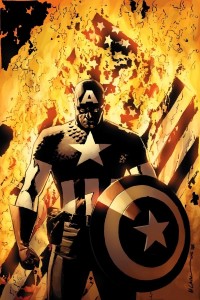 The release of a trailer for the highly anticipated Iron Man 2 has drummed up interest in the other projects as well. Fangoria has an interview with Captain America director Joe Johnston who is currently working in pre-production on the film, and is planning for a June start date. The project has yet to cast the title role.

Captain America is one of the many Marvel produced films currently slated to come out in the next few years. Iron Man 2 is currently the next Marvel film to come out. The studio also has Thor and an Avengers film that ties the Iron Man, Hulk, Captain America, and Thor franchises together.