August: Osage County is coming to the Fox Theatre in St. Louis! 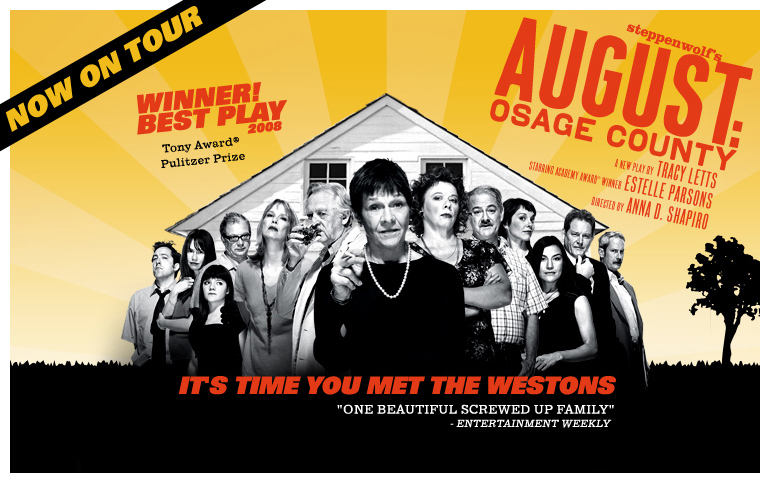 “August: Osage County,” the 2008 Pulitzer Prize and Tony Award-winning play, is coming to the Fabulous Fox Theatre in St. Louis! The show tells the story of the Weston family, living Pawhuska, Oklahoma. It is about a father who disappears. A mother caught in the grip of addiction. A marriage unraveling, and a family approaching total meltdown. The New York Post calls it, “ENORMOUSLY ENTERTAINING!” Written by Tracy Letts and directed by Anna D. Shapiro, August: Osage County has audiences around the country talking about an unforgettable night at the theatre! 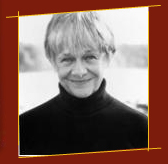 ESTELLE PARSONS (Violet Weston) was an original member of the NBC-TV “Today Show” and was the first woman to do news reporting for a television network. She made her Broadway debut in Happy Hunting with Ethel Merman and received Tony nominations for The Seven Descents Of Myrtle, And Miss Reardon Drinks A Little, Miss Margarida’s Way and Morning’s at Seven. She has appeared with Steppenwolf in Rod Wooden’s Your Home in the West and Alan Bennett’s Talking Heads. She won an Academy Award for her performance in the film Bonnie and Clyde and was nominated for her performance in Rachel, Rachel. Other films include I Never Sang for My Father, Don’t Drink The Water, Watermelon Man, For Pete’s Sake, Dick Tracy, Al Pacino’s Looking for Richard and more. On television she starred as “Roseanne”‘s mother for ten years, appeared often on “All in the Family” and “Archie’s Place”, starred in “The UFO Incident”, “Empire Falls” and more. She was inducted into the Theater Hall of Fame in 2004. 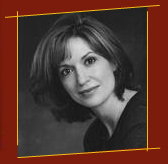 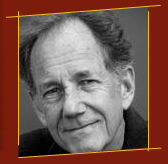 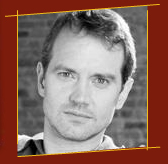 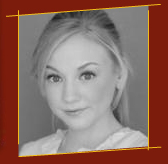 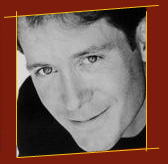 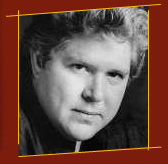 MARCUS NELSON (Sheriff Deon Gilbeau, u/s Bill, Steve) grew up on the banks of the Mississippi river and celebrates twenty-three years acting in Chicago. He is a longtime associate of the educational theater company SST Communications His credits include the original productions of Tracy Letts’ Killer Joe/Ansel (NextLab, NYC, London Edinburgh) and, BUG!/Goss (The Gate, London), as well as many more. Marcus recently received his Masters in Elementary Education. H. W. 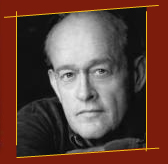 PAUL VINCENT O’CONNOR (Charlie Aiken) has worked extensively in regional theatre, film and television. Theatre credits include 16 years as a member of the Oregon Shakespeare Festival. He has appeared in numerous television shows including &ldquo;24&rdquo;, &ldquo;West Wing&rdquo;, &ldquo;Numbers&rdquo;, &ldquo;Cold Case&rdquo;. Films include Seabiscuit, Inherit the Wind. He recently appeared in August: Osage County (National Theatre, London) and The Seafarer at the Geffen Playhouse in LA. AVIA BUSHYHEAD (u/s Johnna, u/s Jean, u/s Ivy, u/s Karen) After making her Broadway debut with August, she is thrilled to be on the national tour! A graduate of NYU’s Tisch School of the Arts, she has performed at The Music Box, The Public Theater and Theater for the New City, among others in NYC. Special thanks to Amy Schecter, Jane Grey, mom Leta, dad Bob, and brother Butler. LTD. 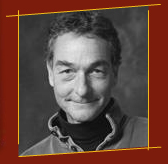 KIM MARTIN-COTTEN (u/s Barbara, u/s Karen, u/s Ivy) Recent work includes Goneril in Bob Fall’s production of King Lear with Stacy Keach at both The Goodman Theatre and The Shakespeare Theatre DC. Her New York work includes the premier of Mermaid by Ellen McLaughlin and the title role in Julius Caesar for Guerrilla Shakespeare. Regionally she has worked widely on varied stage projects. Kim has also done a variety of film and voiceover work. She is a company member of Great River Shakespeare. Recent directing includes: Death of A Salesman, Cabaret, Proof. Recent writing includes the plays Entangled and Geniuses.

August: Osage County has bee nominated for seven Tony Awards and winning five, including Tony Awards for Best Play and Best Director, along with Drama Desk, Outer Critics Circle and New York Drama Critics Circle Awards, including Best Play, Best Director and Best Scenic Design, August: Osage County opened at the Imperial Theatre Broadway on December 4, 2007, to wide critical acclaim. The New York Times called August: Osage County “The most exciting new American play Broadway has seen in years,” and it was voted The #1 Play of the Year by Time, The Associated Press, Entertainment Weekly, and TimeOut New York. After a sold-out engagement at the Imperial Theatre, the show re-opened at the Music Box Theatre on April 29th, 2008. August: Osage County closed on Broadway on June 28, 2009 after 648 performances and 18 previews, surpassing The Heidi Chronicles, Master Class, The Real Thing, and Doubt, among many others, to become one of the longest running plays in Broadway history.