Arnold Schwarzenegger Stars in ‘The Last Stand’ Opening January 18! Win a Pass to See The Movie! 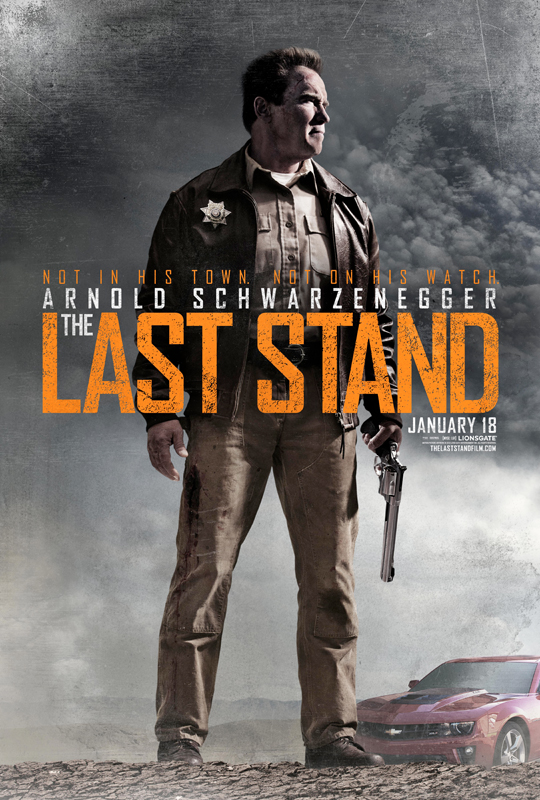 Action icon Arnold Schwarzenegger makes his much-anticipated return to the big screen in Korean director Kim Jee-woon’s hard-hitting US directorial debut, THE LAST STAND. After leaving his LAPD narcotics post following a bungled operation that left him wracked with remorse and regret, Sheriff Ray Owens (Schwarzenegger) moved out of Los Angeles and settled into a life fighting what little crime takes place in sleepy border town Sommerton Junction. But that peaceful existence is shattered when Gabriel Cortez (Eduardo Noriega), the most notorious, wanted drug kingpin in the western hemisphere, makes a deadly yet spectacular escape from an FBI prisoner convoy. With the help of a fierce band of lawless mercenaries led by the icy Burrell (Peter Stormare), Cortez begins racing towards the US-Mexico border at 250 mph in a specially-outfitted Corvette ZR1 with a hostage in tow.

The Last Stand is rated R for strong bloody violence throughout, and language.

In order to enter the contest, become a fan of ReviewSTL on Facebook and share ReviewSTL.com with all your friends (click the “share” link on the bottom-left side of the page) and tell us why you want to see the movie on the page below! Then “like” the post to complete your entry. NO PURCHASE NECESSARY. While supplies last. Passes are available on a first-come, first-served basis.

Winners will be chosen at random from all entries. Supplies are limited. Limit one (1) pass per person, passes admit (2) two. Sponsor’s employees and their dependents are ineligible

Winners will receive a pass valid for the run of engagement, good for two seats.