I’m sure posts like this are sure to confuse people. “Another kick ass poster?” They probably hop happily into this post expecting to see wizards battling on top  of Unicorns riding hoverboards, but instead are treated to yet another movie poster. I’m sorry folks, I know you wanted another image to airbrush on the side of your van, but this is about the next best thing, a poster for the upcoming film ‘Kick-Ass’.

I’m amazed at the brilliant marketing that is going along with this film right now. I think it is going to be a sizable hit later this year, probably along the lines of a comic book fan’s Superbad. Don’t believe me just watch one of the awesome trailers we have on the site, and read some of the early reviews. Unfortunately we still have to wait until April for the film, but it will be worth it! 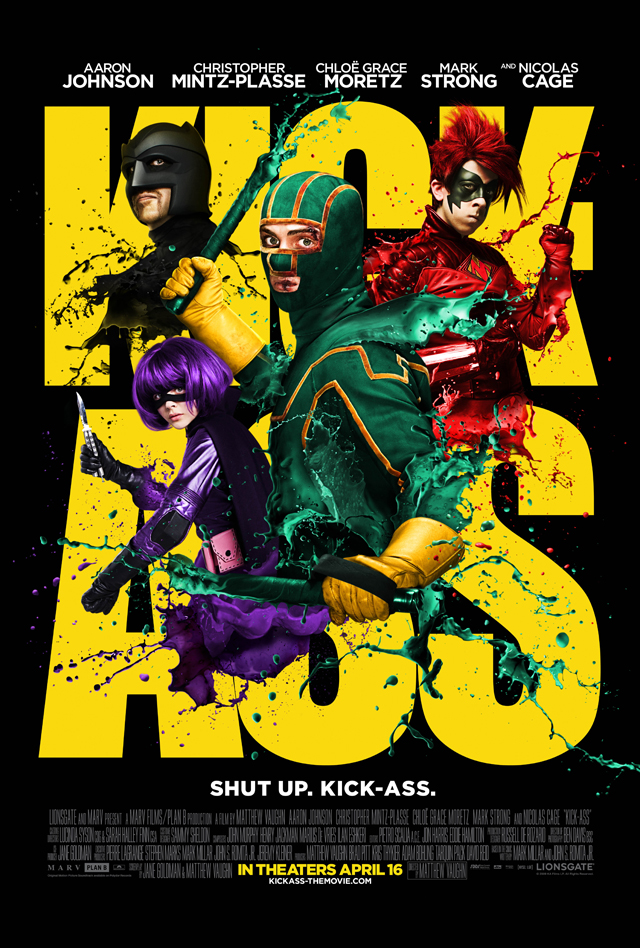