“Android, iPhone meet Ubuntu” or Why ‘Ubuntu’ Will Be a Household Name by the End of the Year. 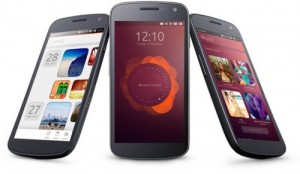 Next week marks the beginning of the 2013 Consumer Electronics Show or CES. It’s the time where electronics manufacturers get to tease their audiences with the products they expect to debut in the following year. We’ll see TV’s, tablets, smartphones and the like, but the dark horse may be from a product called “Ubuntu”.

Linux aficionados have cried foul for years over the lack of widespread adoption of their precious operating system. The world has come to know Windows and Mac OS while leaving the red-headed stepchild Linux to fend for itself. It seems that Linux may have finally found a way into the living rooms of mainstream users via one of its most popular distributions (or brands) called Ubuntu. 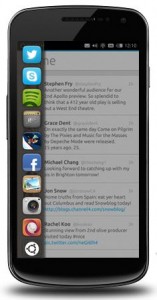 Ubuntu has been available for years as a desktop operating system but has recently begun to test the waters in the mobile space as well. Next week Ubuntu and its funding organization Canonical is set to unveil a hardware agnostic operating system. This means that users will most likely be able to root almost any device and replace the stock operating system with Ubuntu.

On its website, “Ubuntu for phones” shows off what seems to be unparalleled multitasking capability, gesture control and the essential app ecosystem necessary to be a true contender in the smartphone market.

In addition to simply providing another operating system, Ubuntu for phones may also replace your desktop PC. Ubuntu has announced plans for a desktop dock that would allow multicore smartphones the ability to essentially plug in a keyboard and monitor and transform the device into a full-fledged desktop replacement. 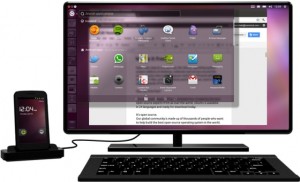 The best part of all this: $0, as in zero dollars. Ubuntu and the Linux community believe that computing and safe/secure access to technology should not be a profit game. With the exception of the hardware, Ubuntu in all its forms is expected to be free.

Let us know what you think in the comments section below.