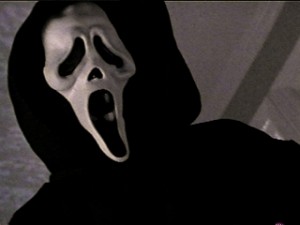 I am not on board with the new Scream film.  I love the original Scream.  The sequels went downhill fast.  Now, if Wes Craven came restart the horror genre and create something new again, then I will gladly praise the film like crazy.  But I am doubtful and will believe it when I see it.

From what I have read, people are most interested in seeing who is gonna get killed off in the opening scene.  Now there is a lot riding on this scene.  It will set the tone for this whole film and potential reboot of a franchise.  If Craven can pull us in early and keep us there, he can potentially guarantee sequels.  Early buzz was that Anna Paquin and Kristen Bell would kick off the film.  So who will be the first cast member to meet the knife of Ghostface?

It’s a small role, which I was very happy to play. I’m at the beginning of the movie. They literally made me sign stuff that I couldn’t say much about it but it’s very exciting. It was very exciting for me to be a part of it and meet Wes Craven who’s an absolute sweetheart. I didn’t know what to expect but it was fun.  To be a part that has a cult following, to look back at Drew Barrymore’s opening scene and be like I’m a part of this. This is unreal. It’s really cool.

So she didn’t officially say that that she bites the dust, but one can assume.  Scream 4 hits theaters April 15, 2011 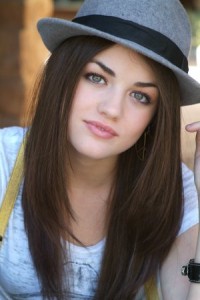 Are you excited for a reboot of this franchise?  Let us know in the comments below.