If you’re like me, you’re an overweight Asian man who sits alone most nights.

Wait, that wasn’t my point. If you’re like me, you’re quite excited for today. The Red Sea is due to invade Busch this afternoon for the first game of the season at 3.

One week into the regular season, and the Cardinals find  themselves in first place by a game at 4-2. A sweep last night would have been nice, but hey, if the Cards can win two out of three every series, they’d finish 108-54.

Some quick thoughts on the first week/weekend.

– I knew David Freese would struggle some in the field, but his growing pains literally cost the Cardinals the game last night. Rumor has it Tony La Russa is petitioning the league to switch from a ball and glove to the Pitch ‘n Catch.

Freese can certainly hit, but he just seems completely hesitant in the field. Any baseball player will tell you, once you start feeling uncertain about something, you start to overthink it, and that’s when disaster strikes. A throw to a base should be an automatic motion. It’s only when you start thinking about your release point and aiming when you begin making errant throws, and that’s what his throw to Lopez appeared to be.

His fielding error was even worse. With two outs, Freese summoned his best Roger Dorn impression and got out of the way of the ball, allowing it to skip past his glove. 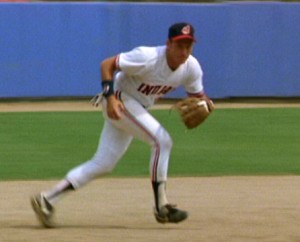 Freese is on the team for his bat, but his glove needs to improve drastically.

I genuinely hope every one of you watches him as much as possible. He is truly one of those rare players who comes around once every twenty years that you can tell your kids you watched. By the end of his career, he should take his place in the pantheon of the super elite hitters and enter the discussion of the best hitter of all time along with Ted Williams, Babe Ruth, and the like.

– Matt Holliday’s obviously hitting like a stud (.423, 3, 6), and there’s a reason he gets paid millions of dollars to play baseball, whereas i get paid millions of pesos to write. I am, however, somewhat concerned by his aggressive swinging early in the season. He’s been jumping on first pitches and has been swinging on 3-0. Now, honestly if he hits like he has been hitting thus far, this will obviously be a moot point. But there are also instances where sometimes it’s just as important to work a pitcher.

– People are gonna pin a lot of blame on the Cardinals bullpen for last night’s loss, and it’s not easy to swallow a walk-off home run. That’s the second loss the Cardinals have suffered, both of them at the hands of walk-offs off a reliever. But the bullpen allowed just that one run in 3 1/3 innings last night. Chris Carpenter wasn’t his sharpest, and his defense (other than “Stone Hands” Freese) had to bail him out a couple of times. Mather made a spectacular catch in centerfield, and Felipe Lopez made a terrific diving stop to save a run as well.

– Finally, did anyone else see Prince Fielder’s reaction after striking out? He pounded on that bench like it was a teammate who took the last cupcake. 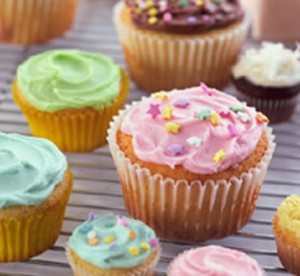 Perhaps the best part was after that, however, when he picked up a bat as if to smash it, realized what he was doing, and daintily set it down on the bench. Truly epic. Somehow I don’t think mlb.com will be posting that as a highlight anytime soon, but I pray I’m wrong.

I should probably stop now while I still have a job.