“So You Think You Can Dance” Top 6 Recap 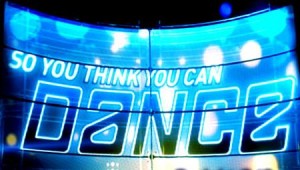 I’ve been watching “So You Think You Can Dance” for the last two seasons (basically because I’m a Reality T.V. junkie and I got bored one day), and I have been completely intrigued by the show ever since. I will fully admit that I am extremely uncoordinated and couldn’t do about 95% of the things that these contestants do, so I think this is kind of my way of getting my dance on. With that being said, I have felt like this season has been better than last season. The girls have been a little better than the guys, and Mary Murphy is as annoying as I thought she was going to be (based off of her appearances last season.)

The one thing I like about this show over “Idol” is the way that they do the fan voting. Up until the Final Six the fans vote on the dancers and all they do is pick the bottom three or two (pending on how deep into the competition they are) and then it is up to the judges to decide who they want to keep and who they want to get rid of. I like that more because you don’t have premature vote off’s and the rightful person (as picked by the experts) goes through or gets eliminated. Now they do go to strictly a fan vote when they reach the Final Six (three girls and guys) and they ultimately decide who wins the show.

So with a little bit of my background on this lovely show I think we should breakdown this season so far and then give a recap of the Pre-Finale Week Episodes.

I won’t give you every detail of every show (basically just who the special guest were, the Bottom Three/Two, and the Eliminations.

Week One (Top 20) had no eliminations take place and featured Megan Mullaly (Will and Grace, 30 Rock, Parks and Recreation) on as a Guest Judge. They also broke the contestants up into the pairs in which they were to compete as until the Top 10. The pairs broke down like this: Jordan Casanova/Tadd Gadduang, Sasha Mallory/Alexander Fost, Clarice Ordaz/Jess LeProtto, Ryan Ramirez/Ricky Jaimie, Caitlynn Lawson/Mitchell Kelly, Miranda Maleski/Robert Taylor Jr, Missi Morelli/Wadi Jones, Melanie Moore/Marko Germar, Ashley Rich/Chris Koehl, and Iveta Lukosiute/Nick Young. Even without the elimination they did still have a Bottom Three featuring the pairs of Jordan/Tadd, Clarice/Jess, and Miranda/Robert.

Week Two (Top 20) did bring the elimination to the table and they eliminated four people (two girls, two guys) that week. Ryan/Ricky did make the Bottom Three that week, but they were held onto in favor of eliminating the pairs of Missi/Wadi and  Iveta/Nick.  Debbie Reynolds (Singin’ In The Rain) made an appearance as a guest judge.

Week Three (Top 16) brought on fierce competition and featured the likes of Kristin Chenoweth (“Wicked”, “You’re A Good Man, Charlie Brown”, “Glee”, “The West Wing”) as a guest judge and also featured Lil’ C (Choreographer) as a guest judge. Caitlynn/Mitchell and Ashley/Chris were in the Bottom Three but the judges decided to eliminated Miranda/Robert. I will note that the dancers are individually judged to see who gets eliminated, but the judges kept the voting to pairs until the Top 12.

Week Five (Top 12) was the biggest week so far into the season as the Top Ten Contestants get to join the tour (10/15/11 at Chaifetz Arena if you’re interested). Jesse Tyler Ferguson of Modern Family and Sonja Tayeh (Choreographer) were guest judges. Sasha/Alexander, Ryan/Rick, and Caitlynn/Mitchell were in the bottom three. Now with the Top Ten looming the judges decided to break up the pairs of Ryan/Ricky by eliminating Ryan and Sasha/Alexander being getting rid of Alexander.

Week Six (Top Ten) started the new phase of the show where they incorporate the SYTYCD All Stars into the contestants routines and they are now performing individually (with the All Stars) instead of in pairs. So, now the contestants are broken down strictly by their individual abilities and don’t have to relie on another contestant for their life on the show. Neil Patrick Harris made an appearance as the guest judge. Jordan and Ricky were both in the Bottom Four but they were safe.  Clarice and Mitchell were eliminate from the show.

Week Seven (Top Eight) featured Pop Music Superstar Lady Gaga and Choreographer Rob Marshall as the guest judges. Jordan and Jess were eliminated and Tadd and Caitlynn barely held on to claim a spot in the Final Six. Which brings us to this week.

In Week Eight the contestants were to perform three different times:  With an All Star, With another Contestant, and Individually. It’s down to Melanie, Sasha, and Caitlynn on the girls side, and Ricky, Tadd, and Marko on the guys side.

Here’s how the contestants performed (In no specific order) 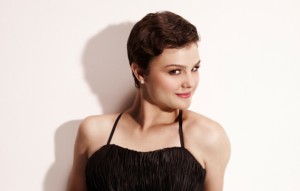 Round 1 Choreographer: Napoleon and Tabitha Dumo

Round 3 Song: “(Where Do I Begin) Love Story” Shirley Bassey

My Take: Melanie has been the strongest competitor (in my eyes) for weeks now and all three of these performances proved exactly why that is. She has proven that she doesn’t need to partner up with Marko in order to give a stellar performance. 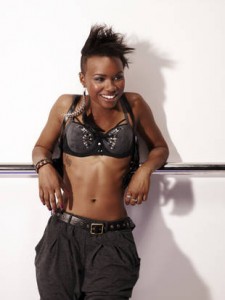 Round 1 Song: “Fool of Me” Meshell Ndegecello

My Take: Sasha has always been kind of under appreciated as a dancer and once she got away from Alexander she came out of her shell and started to gain control in this competition. 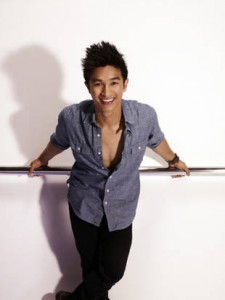 Round 3 Song: “Heavy In Your Arms” Florence + The Machine

My Take: Marko has been my favorite of the guy dancers ever since the beginning. When he and Melanie were paired together it was pure dancing gold and he continues to shine in all of his contemporary performances. 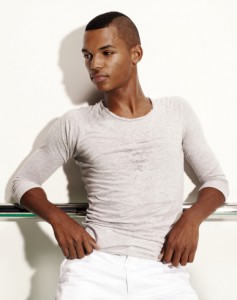 Round 1 Song: “After Tonight” Justin Nozuka

Round 2 Song: “Inside These Lines” Trent Dabbs

My Take: I’ve been impressed by Ricky ever since I seen him out dancing his partner Ryan in the early rounds. I’ve actually been most impressed by his Solo performances more than any of the guys. 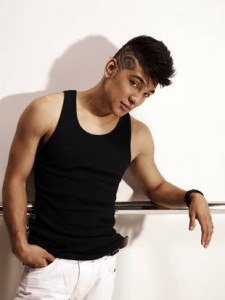 Round 1 Song: “The Gulag Orkestar” Beirut

Round 2 Song: “We Speak No Americano” Yolanda B Cool & Dcup

Round 3 Song: “(Where Do I Begin) Love Story” Shirley Bassey

My Take: Tadd is completely ridiculous! Some of the things he does completely blow me away. I’ve also been impressed on how well he has transitioned to the styles that he is less comfortable with. 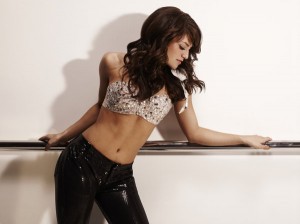 Round 1 Song: “What’s Love Got To Do With It” Katie Tompson

Round 3 Song: “Heavy In Your Arms” Florence + The Machine

My Take: Caitlynn has been one of my favorites because of some of the amazing things that she can do with her gorgeous body. Her performance with Marko to close the show was by far my favorite of all of her performances.

Now for the results: Melanie is put through to the finale first. Marko is sent next. So, it’s down to Sasha and Caitlynn and between the two of them I was guessing that Sasha was going through and sure enough Kat informs Sasha that she has made the finale and the lovely Caitlynn is sent home. The boys are next and Ricky and Tadd wait patiently through a performance by “Idol” cast-off Pia Toscano before Kat gives them the news that Ricky has been eliminated and Tadd will be performing in the finale next week.

Personally I felt that vote was dead on. I think Melanie and Marko have both been prepping for the finale for the last month or so (neither one ever made a Bottom Two or Three). I felt Tadd was the next best guy over the last few weeks and Sasha’s first performance of the night was definitely what put her in the finale over Caitlynn. Ricky had a bad night and in the long run that’s what killed him in this competition. Caitlynn didn’t have a bad night, actually quite the opposite, but Sasha had one of the best performances of the season when she did the contemporary piece with last year’s runner-up Kent Boyd. Kent also had another performance on the results show with my love from last year, Lauren Froderman, who was last years winner (not to boast but I picked her to win off her audition) and they gave another great performance.

When all the dust settled from this episode we are set up for one heck of a finale next Wednesday (Aug. 10th) and don’t forget about the results on Thursday (Aug. 11th). At this point it is anyone’s game for the taking and I just hope that Melanie, Sasha, Marko, and Tadd all give fantastic performances and make the finale one for the ages.

Let me know who you think is going to win this season of So You Think You Can Dance by simply leaving a comment below.